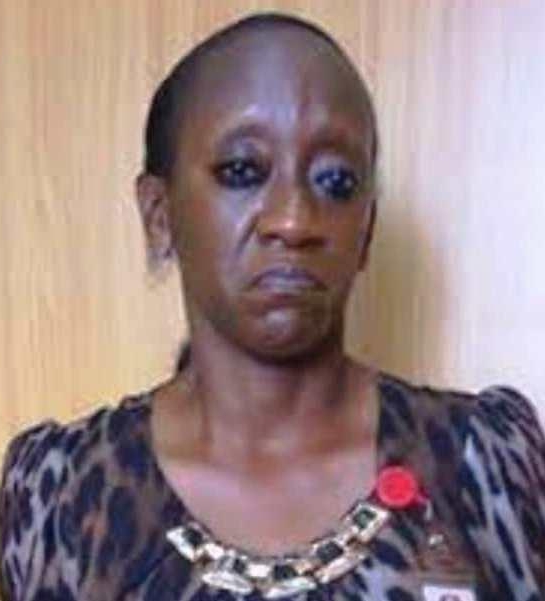 Again, former Chief Magistrate Mutiat Adio has proven right the assertion that crime has no gender connotation as she has again been convicted for fraud.

She bagged a five year prison sentence on Friday when a High Court jailed her in Oyo State for theft.

The embattled former magistrate was prosecuted by the Economic and Financial Crimes Commission, EFCC, on a one-count charge.

Trouble began for the former Deputy Chief Registrar of the Oyo State High Court when she abused her official position as secretary of Cooperative Society of the Oyo State Judicial Officers.

She was charged with inflating the total sum approved for loan facilities granted her members by the GTB and converted the difference to her personal use when she facilitated a N90 million loan.

The convict is charged with fraud for a second time.

Earlier, she was sentenced to seven years imprisonment without an option of fine in her first jail sentence on 18 May, 2018 for obtaining under false pretence a sum of N9.2 million from one Abiodun Olonade, a Nigerian living abroad.

The convict denied the charge during her arraignment on April 25, 2017.

The lead prosecution counsel of EFCC, Dr. Ben Ubi had presented five witnesses, while the convict called on two witnesses during her trial.

Meanwhile, the trial judge ordered her to pay back the sum of N20,935,000 to the bank in addition to her imprisonment.