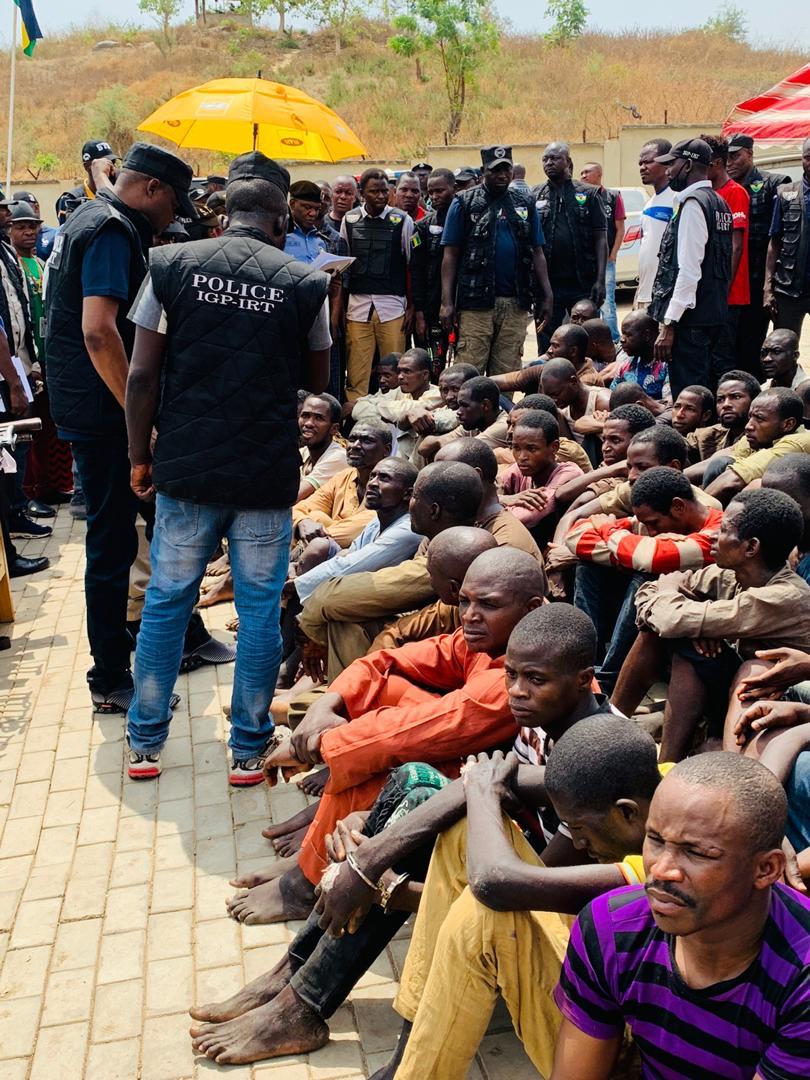 Not less than 105 kidnappers, armed robbers, gun manufacturers, drug dealers who specialise in supplying kidnappers arms and ammunitions have been arrested and paraded by the Nigeria Police Force.

The activities of the suspects were bursted by the Abba Kyari led Intelligence Response Team, IRT and Special Tactical Squad, STS of the Inspector General of Police, IGP Mohammed Adamu.

The bandits were paraded in Abuja before journalists on Wednesday by the Force Public Relations Officer, Frank Mba.

Over 50 AK47 rifles and other dangerous weapons, drugs, motor cycles and cars modified to conceal and convey rifles were all recovered.

The suspects confessed to multiple kidnappings and killings in several states including the attack on luxurious bus/other vehicles and Emir Of Potiskum convoy along Zaria-Kaduna Road last December where several persons were kidnapped.

Efforts are in progress to arrest remaining gang members and recover more weapons while all suspects arrested will be prosecuted at the end of the investigations.