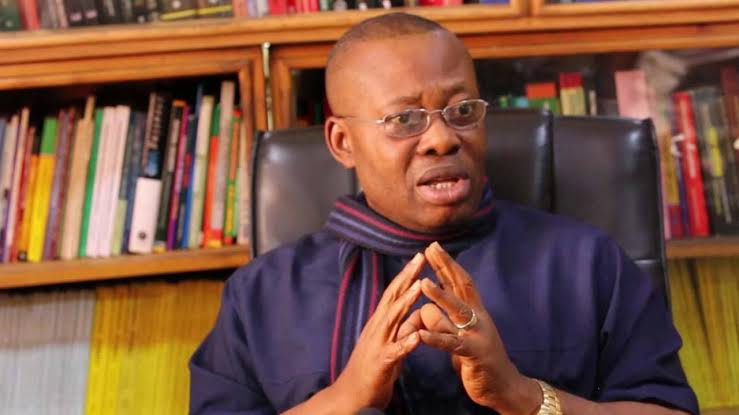 The sudden removal and banishment of Emir of Kano Mallam Muhammadu Sanusi few days ago shocked not only Nigerians but the entire world. The reason for the worldwide shock is because of the personality of the victim, a former governor of Central Bank of Nigeria and one of the leading intellectual lights in Nigeria and beyond. He is a known child and women rights advocate and one of the most courageous and outspoken leaders in the North. He was not only dethroned but banished to Nasarawa State by the State Government even though there is a feeble attempt to deny their act of banishment.

Sanusi surprisingly was dethroned on Monday by the Kano State Government led by Governor Abdullahi Ganduje  who immediately announced a replacement in the person of Emir Aminu Bayero. But Sanusi’s lawyer said on Monday evening that the removal was “not surprising, though most embarrassing given that Sanusi was not given any FAIR HEARING  just as due process was not observed in the matter”.

The meaning as can be gleaned from the statement of his lawyer,  Mr A.B. Mahmoud SAN is that the removal of the deposed Emir of Kano was not anchored under any provision of an existing law that allows it, as the process for the removal was not strictly complied with.

This action from our own point of view is therefore illegal and patently unconstitutional.

The reason given in the letter of deposition of the Emir dated 9th March, 2020, was alleged ‘disrespect to lawful instructions from the authorities’. The Emir was also alleged to have ‘refused to attend official programmes and meetings organized by the Government’.

We don’t think there was any notice of such disrespect (none was disclosed by the governor) ever given to the Emir or query issued to him for refusal to attend official functions.

We also learnt that he was never given any opportunity to defend himself against those charges.  Section 13 of the Kano Emirates Council Law 2019 cited in the letter of deposition empowers the Governor to depose an Emir only after DUE INQUIRY  and in CONSULTATION with STATE COUNCIL OF CHIEFS.

His lawyers have alleged that there was no time the Kano State Council of Chiefs was at any time summoned to any meeting much less discuss the removal of the Emir or give any advice to the Governor on the deposition.

According to them “Muhammadu Sanusi II was the Chairman of the Council and if such meeting was summoned, he would have been aware. He would have informed us. In our view the action was patently illegal and unconstitutional and a clear abuse of his rights”.

The height of absurdity in this whole saga is the order of banishment to Nasarawa State and a further order that he should not be granted any access to visitors. This is very unconstitutional and a violent violation of the deposed Emir’s right of movement, liberty and freedom of association.

The basis of the denial of personal liberty are set out clearly in Section 35 of the 1999 as amended.  None applies to the case of the Emir. The archaic practice of banishment of deposed Emirs, a colonial practice has no basis under Nigerian law or the Constitution.

We are also totally shocked that any government will resort to this practice in present day Nigeria by its political leaders.

The illegality of this practice was pronounced by the Nigerian Court of Appeal in Attorney General Kebbi State v. HRH Alhaji Al Mustapha Jakolo and ors 2013 LPELR 22349/CA where the Court pronounced it as illegal and unconstitutional and gross violation of the rights of the Emir.

We are of the firm belief that if the deposed Emir seeks the intervention of the judiciary over his present ordeal of banishment and segregation from seeing his visitors, he will receive a favourable consideration from the court in the light of the above cited case and the second republic case of Alhaji Shugaba who was not only arrested but deported out of Nigeria.

His rights that were violated was restored by the judiciary with a scathing remark against the then authority at the centre for that despotic and archaic act. The act of banishment is archaic and has no place under any country with constitutional democracy.

It is shocking and revealing that the government of Kano through one of her aides has stated that the main reason for the deposition of Emir Sanusi was his penchant to criticize governor Ganduje publicly where he could have used available channels readily open to him to ventilate his areas of disagreement. It is not only laughable but the height of abnormality that the main reason to depose an eminent Emir of Kano in this 21st century is the fact that he criticized a  governor openly! THIS IS SIMPLY PATHETIC.

We are happy that the legal team of Emir Sanusi ably led by the former president of the Nigerian Bar Association is on the clear verge of seeking legal redress for the deposed Emir. We encourage them to pursue this case to a logical conclusion as doing otherwise will increase despots in the land to the detriment of our hard earned democracy in Nigeria.  EXCEPT BY A COURT ORDER OF COMPETENT JURISDICTION, THOSE MEASURES METED OUT TO THE DEPOSED EMIR OF KANO HAS NO
ANCHORAGE ON OUR GROUND-NORM WHICH IS THE 1999 CONSTITUTION AS AMENDED. If the State law dares the constitution in any manner,  it shall be pronounced NULL AND VOID to the extent of its inconsistency. That is the position of our law unless it changes TOMORROW.