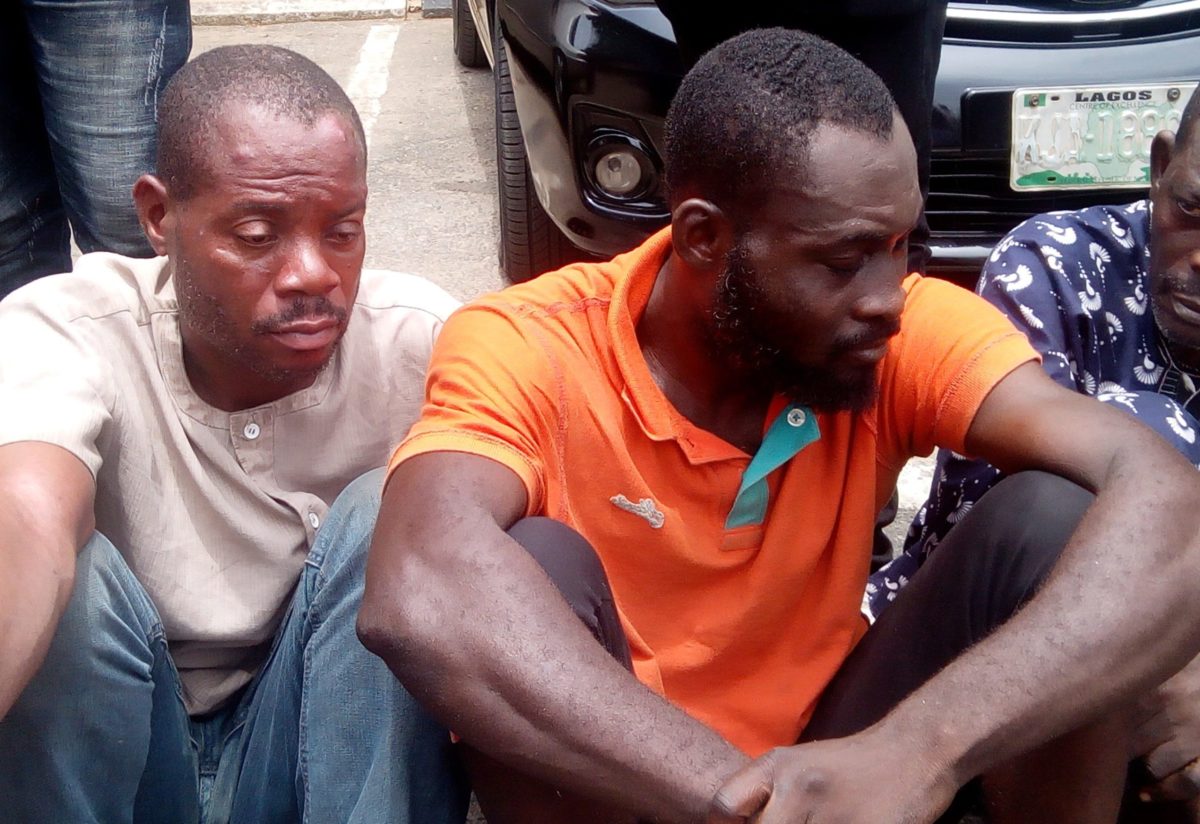 Three men who would not allow the dead to lie wholly in their graves by digging up their skulls for buying and selling are currently singing like birds as to how they carried out their inhumane activities.

The men were paraded on Thursday by the Commissioner of Police, CP Hakeem Odumosu at the Lagos State Police Command Headquarters, where they confessed to the crime.

Seun Falana a contract staff of Trinity Cemetery Ajegunle narrated, “This man came to me that he needed a skull of human being to treat one of his legs. So when my boss gave me work to dig a grave to bury someone, I saw this skull and I called him to come pick it.

The suspect however said he was sorry for his actions. He said he was usually contracted to dig grave for N2,000 each as such work however does not come his way daily.

Falana said “I feel so bad because my family had warned me to desist from working at cemetery, I thanked God it happened like this.”

Dauda Tijani who spoke in Yoruba language claimed he is an Alfa and explained that he bought the skull because of a troubling leg.

Adding “Although that is not the sole reason, it was Baba who asked me to help him to buy the thing and even gave me money to buy it.

He said he was arrested while he was on a motorcycle at Alakija carrying a polythene bag.

“They saw the polythene bag in my hand and the police searched it and found a skull.

“It is not that he is fond of doing such, he (Baba) just told me that he needed it. I don’t know what he does with it. It’s just two skulls only that I had bought for him.

“We don’t know we have erred on the side of the law but if God helps us to be free from this situation, we won’t do it again. Baba doesn’t give me money for the errands but the seller was paid N20,000.

The security personnel during their search intercepted Dauda Tijani who lives at No 23 Omomwunmi Street Orege Ajegunle with a black polythene bag containing a human skull.

The said Tijani thereafter confessed that he was sent by an herbalist named Olawale Shodolamu.

When the Police went after the herbalist to effect his arrest, he also claimed that he bought the human skull from a staff of Cemetery in Ajegunle for the sum of N10,000 and that led to Falana’s arrest.