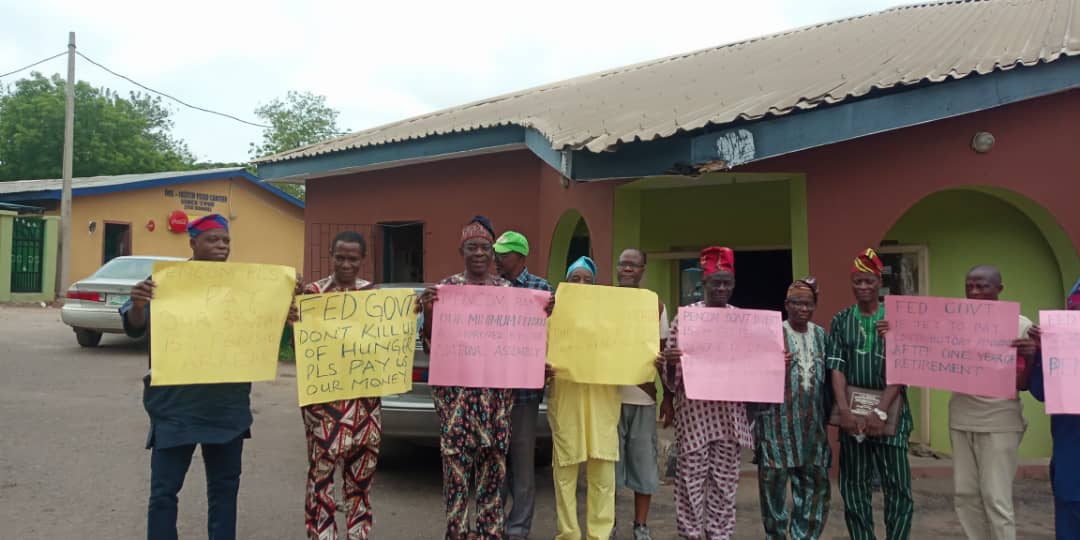 Retired staff of the Nigerian Television Authority, NTA, on Thursday lamented the non-payment of about 15 months pension arrears by the federal government.

The pensioners stormed the Ogun state secretariat of the Nigeria Union of Journalists in Oke-Ilewo, Abeokuta describing the situation as worrisome.

Their complaint was that about 2,000 of them have not been paid and the federal institutions responsible seems unconcerned.

Speaking on behalf of the pensioners, the National President of NTA Contributory Pensioners’ Association, Kayode Da-Silva bemoaned what he termed ‘inhuman and inconsiderate’ actions of the federal government on the payment of their gratuities.

Da-Silva stressed that there was no appreciable improvement from the government despite having various deliberations with them.

His words, “we find it necessary to intimate the federal government and the general public with the realities of our time. We cannot continue to suffer in silence.

“The situation is unbearable and intolerable, it needs to be addressed urgently.

“It is disturbing and uncomplimentary that members of the CPS have not been paid up till now and the federal institutions responsible cannot be bothered.

“We are appealing to both the federal government and PENCOM to give us our due.”

The NTACOPAN president however appealed to the federal government to see to their plight by authorizing and approving appropriate salary increase for federal pensioners.

He urged the PENCOM to release the template used for the computation of technical benefits of pensioners under the contributory scheme.

Da-Silva stressed that one year of pre-retirement verification enrolment with National Pension Commission is enough to solve all their challenges.

He further stressed that the government should also make the pensioners beneficiaries of the National Health Insurance Scheme.