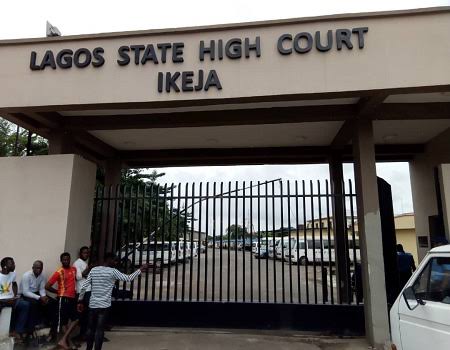 With effect from Monday March 23, 2020 courts in Lagos State will not allow members of the general public into the court premises except for those whose cases are to be heard and their witnesses and counsel.

Additionally, the measure is also adopted to safeguard the health of court personnel and court users.

This is part of effort to curb the spread of the Coronavirus pandemic in both magistrates and high courts across the state.

The State Chief Judge, Justice Kazeem Alogba said the preemptive measure is to be taken to curb the dreaded disease.

This is according to a statement signed by the Chief Registrar, Mrs D.T Olatokun on behalf of the judge.

The directives in part reads:”Members of the general public will not be allowed into the court premises, save those who have come to file urgent matters/applications.”

“In all cases, only parties whose cases are to be heard, their witnesses and counsel, will be allowed into the court room at any sitting time, subject to a maximum of twenty persons altogether.

“in the court rooms, persons shall keep a distance of at least one metre to each other, as recommended by the World Health Organization.

“In criminal matters – only remand/bail applications, and overnight cases will be heard.

2 Adoption of written addresses – will be entertained;