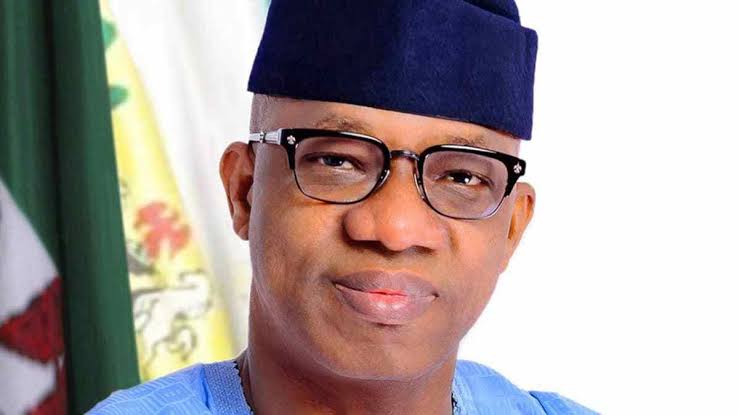 According to a statement by his Chief Press Secretary, Kunle Somorin, the closure would be effected at 12 midnight on Sunday, 29th March, 2020 and would be in force for two weeks in the first instance.

As part of steps to curtail the spread of Coronavirus, the Ogun State Government on Saturday announced the closure of its borders with the neighbouring states and the international border with the Republic of Benin.

With the restriction order, the statement added, movement in and out of the state is banned as a further measure to contain the Coronavirus pandemic.

Abiodun said the state is constrained to effect border closure in order to stem and flatten the curve of the spread of the dreaded COVID-19 pandemic, not only in the state but in the country and in the West African sub-region.

“The position of Ogun State is peculiar. It not only shares an international border with the Republic of Benin, it does so with all other states in the South West (except Ekiti), including Lagos State, which has recorded the highest number of infections in the country largely because it hosts the busiest air and sea ports and it’s the nation’s economic capital.

“The border closure will not only be beneficial to Ogun State but the national efforts to curtail and contain the virus. Lessons from other climes strongly indicate that closure of borders has the potential to drastically flatten the curve of spread whilst unrestricted movement portends grave dangers”, Governor Abidoun further explained.

The only exceptions to the interstate restrictions are vehicles conveying personnel involved in essential services such as security agencies, health workers, food and medical items and petroleum products.

The statement enjoined citizens to fully cooperate with the security agencies who have been fully briefed and directed to effect the closure, noting that at this period of a global pandemic and national emergency all hands must be on deck to slow down the spread of COVID-19.

The border closure and other measures will be reviewed from time to time, in response to developments as they unfold, the statement concluded.