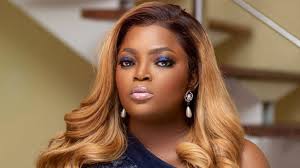 A viral video showed Funke Akindele hosting a birthday party for her husband at their Amen Estate home in Lekki.

Following the backlash that follows the video, Funke Akindele made another video apologising for her action.

But a statement signed by the Lagos Police Command Spokesperson Bala Elkana disclosed that the Police has arrested the star actress.

They were advised to report at SCID Yaba or risk arrest.