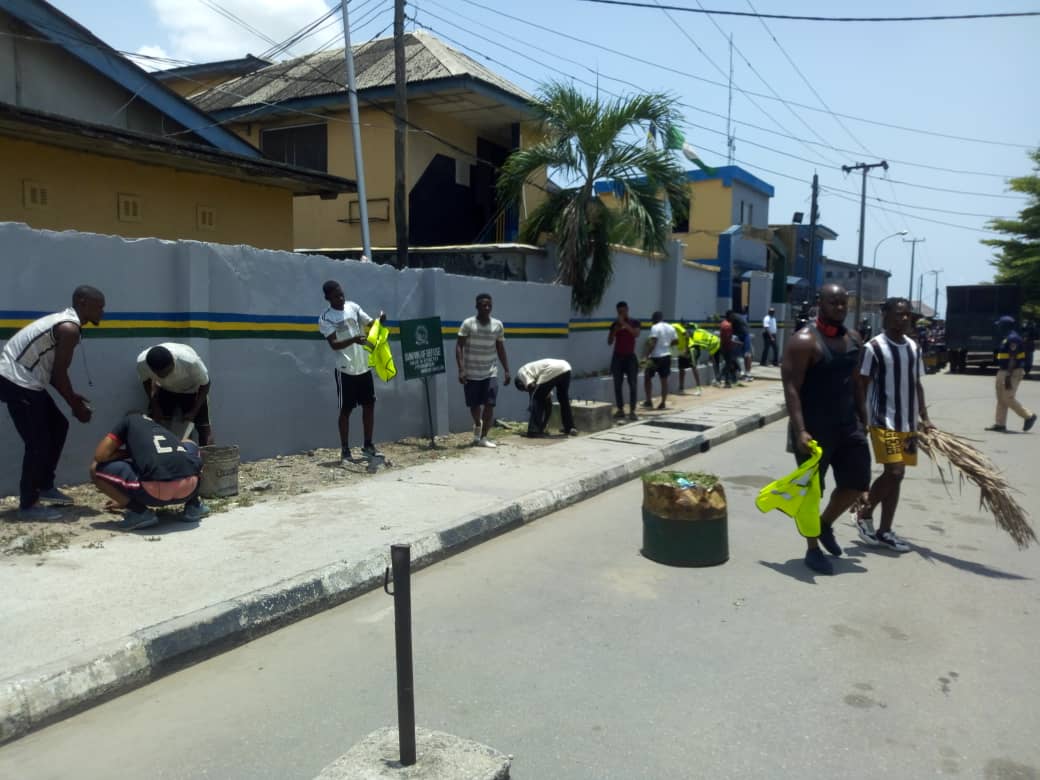 Over 200 joggers have began community service following their conviction for flouting the lockdown order made to curb the spread of the COVID-19 disease in Lagos.

The Lagos State State Police Taskforce had arrested the violators this morning at over 15 areas in Lagos including Yaba, Agege, Ogudu/Ojota and Iju areas of the metropolis while they were either jogging, cycling or loitering.

They were charged before two Magistrates: Mrs. Makanju Oshodi and Mr. Nurudeen Layeni of the Lagos Mobile Courts.

They all faced a charge of violating the Social Distancing Directives which are contrary to Regulation 1(1) of the COVID-19 Regulations which is punishable under Section 5 of the Public Health Laws of Lagos State 2015.

Many of them who pleaded guilty to the charge were ordered to pay fines ranging from N5,000 to N10,000 to the Lagos State Government and ordered to immediately begin a two-hour community service.

The Coordinator Mobile Courts, Lagos State Ministry of Justice, Mrs. Arinola Ogbara-Banjoko said that over 260 persons had been tried at the Mobile Courts for various violations since the lockdown began in Lagos.

“All juvenile offenders and persons with special needs that were apprehended were not arraigned at the Mobile Courts, they are over 50 and are not a part of the over 260 persons tried at the mobile courts.

“Deaf and dumb persons were separated because we do not have an interpreter. Fines of N10,000 and community service were handed by the court,” she informed.