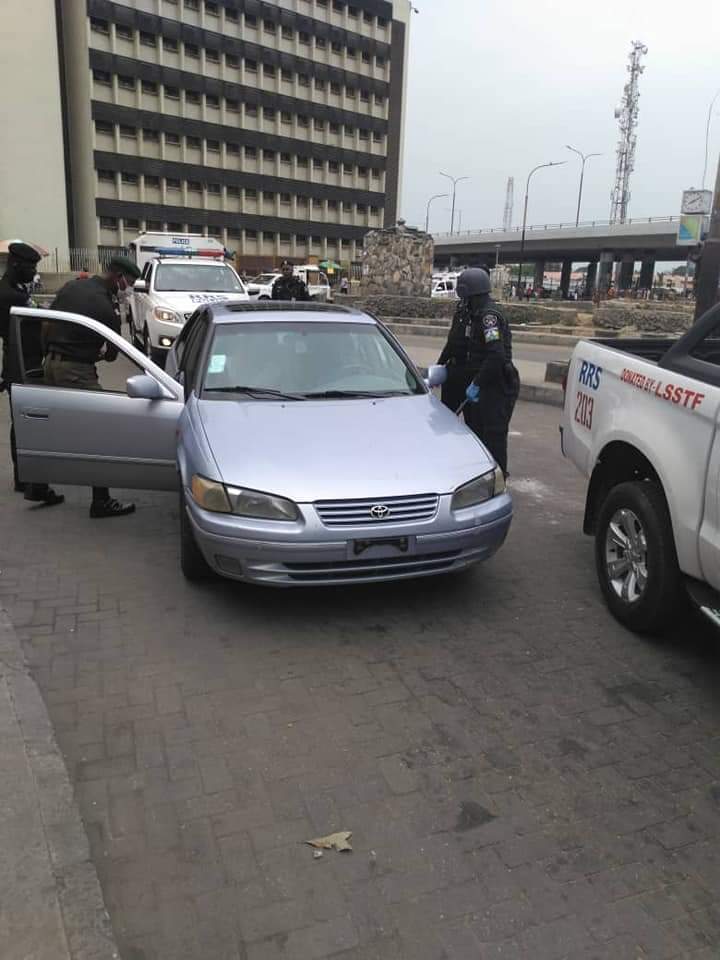 A team of operatives of Rapid Response Squad, RRS, led by its Commander, DCP Olatunji Disu in continuation of its monitoring of compliance of government’s stay at home order today, impounded five vehicles.

The vehicles impounded include: two buses, two cars and a Sienna space bus.

Four were handed over to Lion Building Division and a bus brought to its Headquarters.

The figure brings to 10 the number of vehicles handed over to divisional police offices between yesterday and today.

The agency had in its enforcement drive, impounded five vehicles yesterday on the Island and Mainland.

Meanwhile, Commander, RRS today led his team to Computer Village, Ikeja where people loitering around the area were warned to either stay away from the ICT hub or risk being arrested.

The warning was handed down when the team met over 250 people at the entrance of the Computer Village, Ikeja.

After enlightening some of them, he reassured them that the team would be returning to the ICT complex and anybody caught loitering around would be arrested and charged to court.