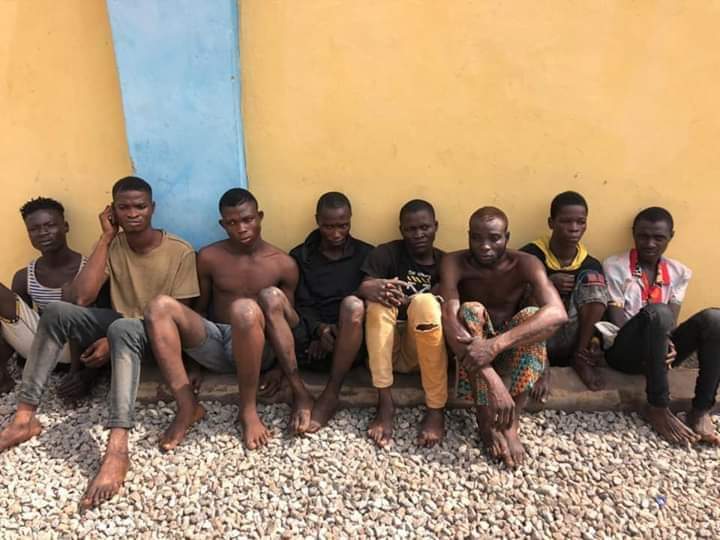 Not less than 65 suspects have been arrested in Lagos communities even as the Lagos State Police Command foiled robbery attempt in Ogun State communities on Saturday.

The latest police operation was carried out by the Special Strike Force on Social Miscreants and tactical teams deployed by the Commissioner of Police, CP Hakeem Odumosu to different parts of Lagos State to tackle the menace of social miscreants.

In a statement by the State Police Public Relations Officer, DSP Bala Elkana, he informed that the Commissioner of Police Lagos State Command has further ordered the immediate deployment of operatives of the Command’s Special Strike Force on Social Miscreants, Anti Robbery Squad, Anti Cultism Squad and Raiders to various parts of Lagos State to support the efforts of Area Commands and Divisional patrol teams already deployed to the fields to tackle the menace of social miscreants and violent crimes perpetrated by hoodlums such as robbery, etc.

Adding that Operatives of the Command’s Rapid Response Squad are positioned in strategic locations to promptly respond to distress calls.

“Patrols are intensified around markets and stores to prevent hoodlums from stealing and looting. Patrol teams are equally deployed to the various communities and streets, Elkana disclosed.

The police picked up 20 suspects on Friday, 10/04/2020 at about 2000hours, within Ilaje and Ajah communities for gang violence.

Also on Saturday 11/4/2020 at about 1000hrs Area B Command and Apapa Division, the Police Spokesperson said the security agency responded to a distress call at Burma/Creek Road Apapa where seven gangsters who engaged in supremacy battle on the street were arrested.

He said, “Their mission on the street is mainly to steal and loot under the guise of supremacy battle. Nine suspects were arrested along Abule Egba and Ifako Ijaiye areas after operatives of Lagos State Command successfully foiled a robbery attempts on residents in communities under Ogun State, neighbouring Lagos State. Investigation is ongoing, the suspects will soon be charged to Court.”

Members of the Public are assured of adequate protection of their lives and properties throughout the lockdown period and beyond.