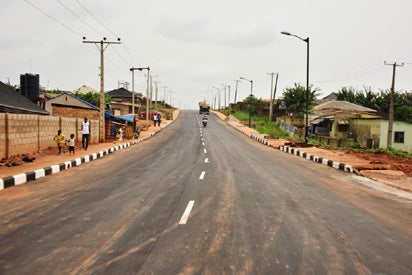 Residents of Alaso area of Lagos State got more than what they bargained for during this period of lockdown as armed robbers unleashed mayhem on them.

Last Thursday, a man was mercilessly matched while waiting for his staff bus around six in the morning by a group of robbers who operated in a tricycle.

On Saturday a group of robbers returned to the area in broad daylight robbing from house-to-house especially at Joke Ayo axis.

As a result of this, the apprehensive residents organised themselves into group to form a vigilante group.

They are appealing to the State police Command to beef up security in their environs.