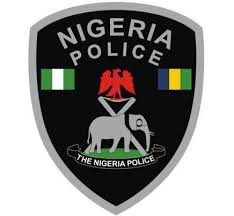 The Divisional Police Officer at the Surulere Division, CSP Emmanuel Onah has debunked report of being removed from office as DPO in Ikotun Division of the Lagos State Police Command over allegations bothering on extortion and lacklustre enforcement of the lockdown order in Ikotun.

In a phone interview with CSP Onah on Thursday, he described the allegation as untrue, and the consequence of fake press reportage of his activities while in Ikotun.

According to CSP Onah, “It is the home of fake press people. Commissioner of Police just reshuffled, you know he is new, he has to do changes now.

“The transfer of Police has been like that. Every day, posting comes out. It is a normal routine posting,”he explained.

Rather, she told CASEFILE she had no time in the world to speak about the issue.

CSP Okuwobi insisted that the Lagos Police Public Relations Officer, DSP Bala Elkana should be contacted for any information regarding her new posting.

Several calls to the Police Spokesperson was however unsuccessful as his phone rang but was not answered as at the time of filing this report.