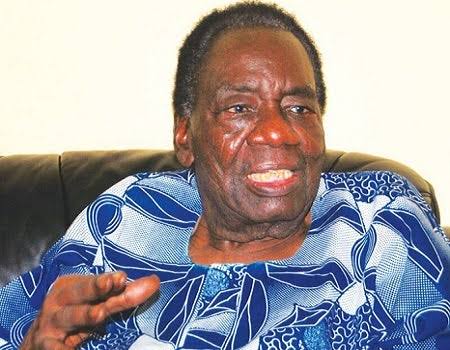 The Pioneer Chairman, NBA Section on Public Interest and Development Law, SPIDEL Joe-Kyari Gadzama, SAN in a reaction to the death of Chief Richard Akinjide SAN, a former Nigeria’s Attorney General and Minister of Justice in the Second Republic and prominent politician in South West Nigeria who passed away at the age of 88 said he was saddened over his death.

He said, “I was saddened to hear of the death of former Attorney-General of the Federation and Minster of Justice, Chief Richard Akinjide, SAN who passed away at the ripe age of 88 in Ibadan, Oyo State. Until his death, he was the Chairman of the Body of Senior Advocates of Nigeria, BOSAN.

“He was an outstanding multi-jurisdictional lawyer called to both the Nigerian and English Bar. As Minister of Education in the first republic and later as Minister of Justice in the second republic, he distinguished himself. No doubt, he was a decent politician who played politics without bitterness.

“Chief Akinjide, SAN contributed monumentally to the growth and development of the legal profession in Nigeria. He was indeed a great achiever who lived a life worthy of emulation. Nigeria has lost one of its finest who will always be fondly remembered for the great legacy he left behind. May his soul rest in peace.”