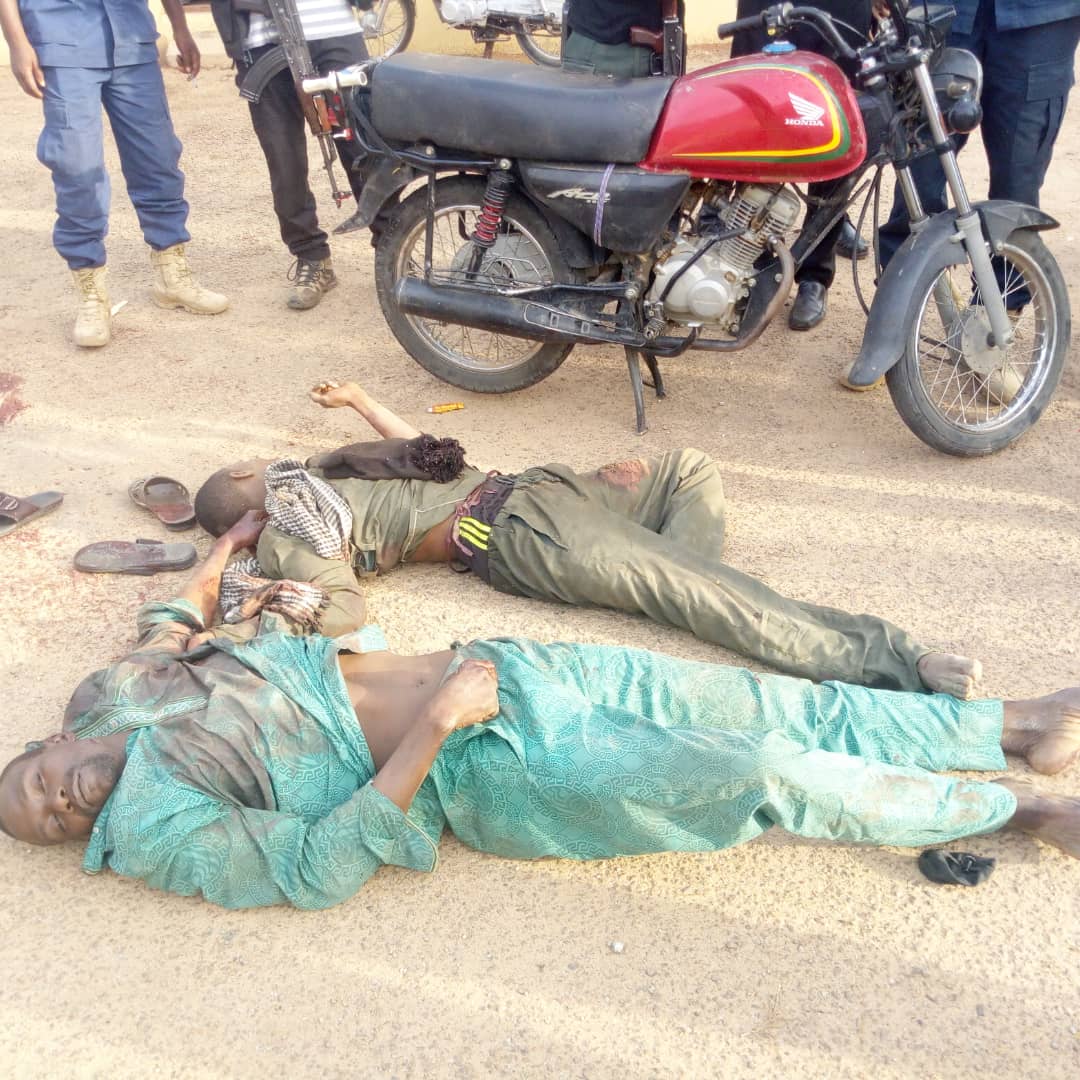 Two members of a kidnap syndicate are now in police custody for allegedly threatening to kidnap one Alhaji Lawal Muduru, of Keraw Quarters Katsina in Katsina State.

The duo of Jarahu Salisu, 24 years and Yusuf Ibrahim, 19 years both of Muduru village, Mani LGA of Katsina State were arrested by officers of the Katsina State Police Command.

Their arrest was sequel to a complaint by one Alhaji Lawal Muduru, that some persons were sending threat messages to him, asking him to deposit the sum of N10,000,000 money behind Mallam Niga filling station or risk being kidnapped.

According to the Katsina State Police Public Relations Officer, SP Gambo Isah, the Command succeeded in busting the notorious syndicate of kidnappers terrorizing Katsina metropolitan area on 14 April, 2020 at about 12:30 hours.

The Police Spokesperson stated that the suspects confessed to have masterminded the kidnap of one Alhaji Muntari Bala of Garo Quarters, Dutsinma LGA of Katsina state.

Subsequently, he explained that the suspects who are notorious members of a syndicate kidnap for ransom and demanded for the sum of N2,000,000 even threatened to kidnap or kill any member of the complainant’s family.

Still on criminality in Katsina State, the Police killed two bandits in a gun duel following a distress call that bandits in their numbers, on motorbikes, armed with sophisticated weapons including AK 47 rifles, blocked Ruma-Jibia road and were robbing innocent persons of their money and other valuables.

In a swift response, a team of Operation Puff Adder on 23 April, 2020 at about 14:30 hours led by DPO Batsari blocked their exit route into Rugu forest along Ruma-Duba road.

The team engaged the bandits in a fierce gun duel and it resulted in death of the two of the bandits while one (1) AK 49 rifle with five (5) rounds of live ammunition were recovered in their possession.

Investigation revealed that this group of bandits are the ones terrorizing Ruma, Duba, and Dankar villages of Batsari LGA of Katsina state.

The Police said search parties are still combing the bushes with a view of arresting other members of the syndicate who fled with gun shots.

In addition based on a tip off, DPO Faskari in collaboration with vigilante group, busted a notorious syndicate of kidnappers terrorizing Faskari LGA of Katsina state.

In the course of investigation ,suspects confessed to have kidnapped one Alhaji Musa Saleh, alias “Tambai” 56 years of Dan’aji village, Fasakari LGA of Katsina state and collected the sum of N1,000,000 as a ransom before he was released.

Furthermore, suspects confessed to have rustled 86 cows in Dangulbi village in Zamfara state.

Suspects also confessed to have in their possession three Ak47 rifles which the command is currently investigating.