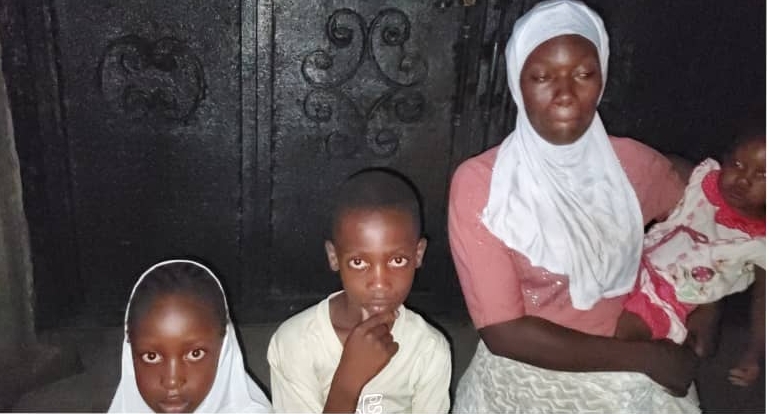 Police in Lagos have rescued a mother of three, Mrs. Nafisat Omitade who was stranded with her three children at Ojodu- Berger area of the State.

The woman and her children were rescued by the State Commissioner of Police, CP Hakeem Odumosu around 12a.m at Berger Bust Stop during a night patrol over the weekend.

It was learnt the woman left Osogbo in Osun State with her children with the purpose of uniting with her husband who resides at Owode-Idiroko in Ogun State.

The woman narrated that she boarded a bus from Osogbo to Ibadan then took another to Lagos.

She said her journey to Lagos was a seamless one. She said, “All the way from Osogbo to Ibadan there were no policemen and other security agencies on the road.”

She explained further to the CP, “I am aware there is curfew in the country, but because of my husband wants me to bring his children, that was why I decided to take the risk to bring them down, but I never knew I would get to Lagos late.

“It was when we got to Lagos, that I saw policemen that stopped the vehicle that conveyed me from Ibadan, if there was police on the road from Ibadan we wouldn’t get to Lagos. When we got to Berger bus stop every passengers in the bus where asked to come down, after a while they allowed me and my children to go.”

She added: “It was when I and my children were wondering about that the Police boss who was passing by saw us where we were standing helplessly and came to our rescued.

“I want to thank him, because if not him I don’t know what would have happened to me and my children. He took good care of us, before taking my children and I to my grandmother house at Ojodu before proceeding on our journey the following day to Idi-Iroko, Ogun State.

“The impression I had about Nigeria police before now has change totally with what the Police boss did for my children and I. I will forever remain grateful to him and his men who worked with him for saving our lives.”