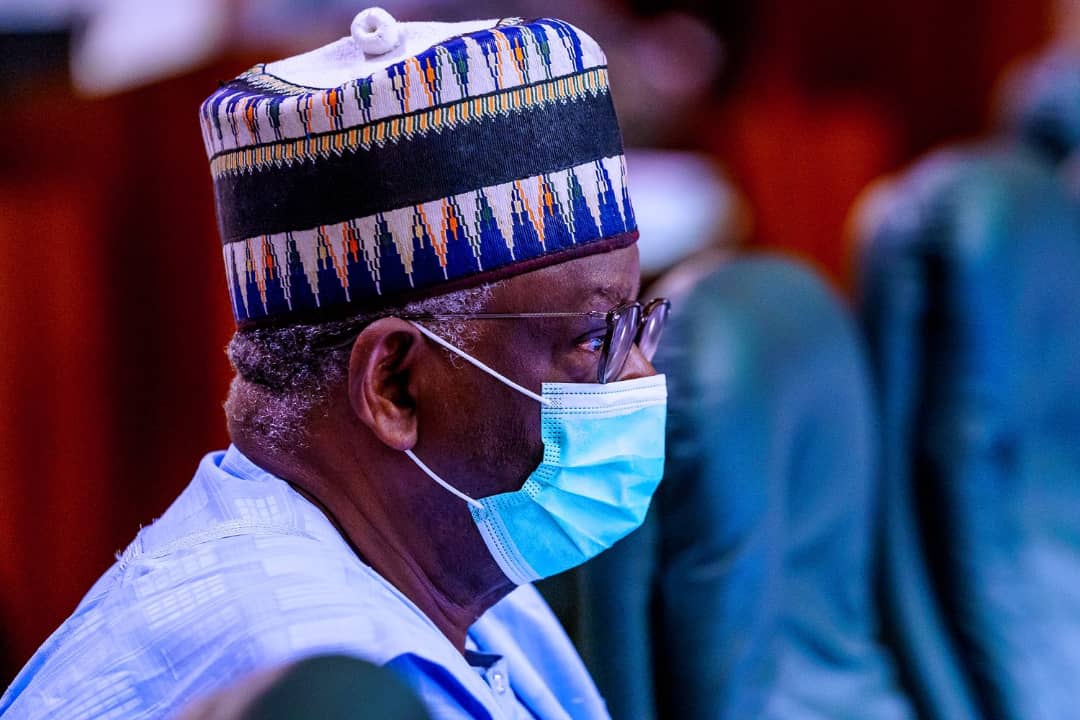 At last, President Muhammadu Buhari has appointed Professor Ibrahim Gambari as his Chief Of Staff.

Before now many names have been dropped as likely replacement of the Late Chief of Staff.

One of the names is that of former running mate to late MKO Abiola, Baba Gana Kingibe while the names of General Overseer of Latter Rain Assembly, Pastor Tunde Bakare also featured.

On Tuesday, May, 12 it was reported in some media outlets that Professor Gambari has been appointed but his media aides denied this.

On Wednesday Morning however, Professor Gambari walked into the Villa and was announced as the new Chief of Staff.

Secretary to the Government of the Federation, Boss Mustapha, announced the appointment today at the virtual Federal Executive Council Meeting.

This development has been seen as a slight on information management of All Progressives Congress led government, where officials either denied outrightly or refuses to confirm information within their purview.

This show so much about the confusion within the Presidency.