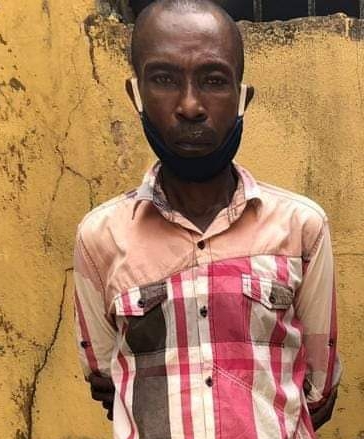 Wonder they say will never end, this is the case in Imo State where one Uchenna Egbuchulem, a 47-year-old- father was arrested for not only defiling his 17-year-old daughter but also impregnating her.

The victim’s name is withheld.

He was arrested on May 12, 2020 when the police received a report from a good samaritan operatives of the Divisional Police Headquarters, Mbaitoli in Imo State

A statement signed by SP Ikeokwu Godson Orlando, the Command Spokesperson said the mother of the girl (a native of Côte d’Ivoire) was said to have left the marriage and relocated to her country when the girl was an infant.

The father then began taking advantage of her.

He was said to have forced her to bed by threatening to kill her with a matchet.

Meanwhile investigation has commenced, and he will be charged to court accordingly.