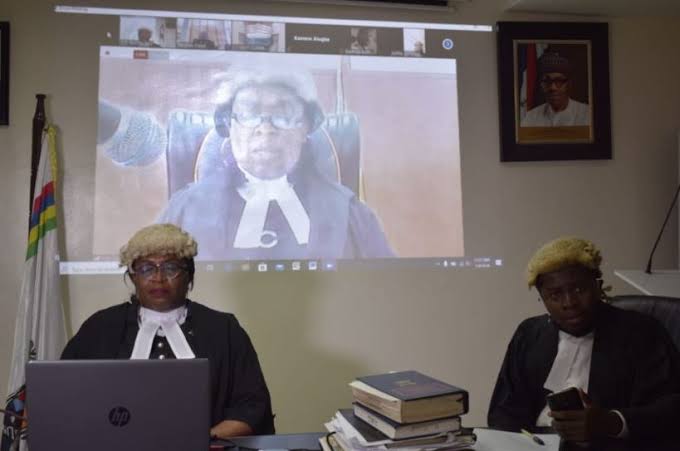 An internet fraudster, Lawal Sholaru has been sentenced to six months imprisonment for defrauding an American, Mr. David Geobel, of $1,200 in an online scam.

Sholaru was convicted by an Ikeja Special Offences Court on Wednesday in a judgement delivered via a virtual proceeding with an option of N100,000 fine for defrauding Geobel.

Sholaru was dragged to court on March 18 and had pleaded guilty.

The Economic and Financial Crimes Commission, EFCC brought a lone charge of obtaining money by false pretences against him before the court.

The trial judge, Justice Dada also ordered forfeiture of his vehicle and any other property recovered from him by the EFCC as proceeds of crime to the federal government.

Following his arraignment, the court adjourned for facts and sentencing and remanded at the Kirikiri Maximum Correctional centre.

Delivering the judgement online, Justice Dada noted that the convict did not waste the time of the court and had been remorseful.