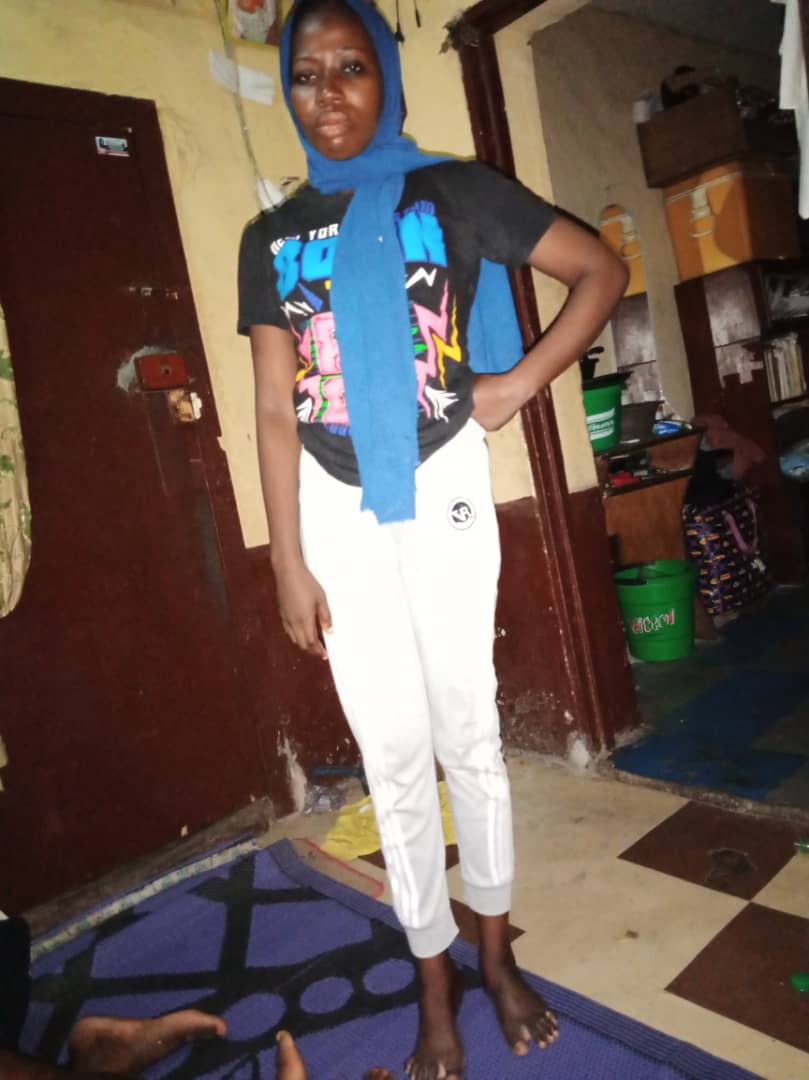 The father of a-25 year old female serving Youth Corps member, Abdulraheem Rukayat Titilayo has cried out to well meaning Nigerians for financial support to enable his daughter carry out a total surgical operation of her dislocated hip at the Orthopedic hospital, Igbobi, Lagos.

He said it will cost a total of N1.3 million to perform the surgery as demanded by the hospital.

Speaking with our correspondent, the father of the girl, Alhaji Olayiwola Saka Ida-Oba who wept profusely over the matter said, “I have nobody to assist me in settling the N1.3 million charged by the Igbobi Orthopedic hospital, except God and well-meaning Nigerians before the over delayed operation is carry out”.

“Though, the problem has been there for long time now, but she was placed on drugs by a doctor with the aim that it will correct itself, but the problem still persist and I’ve spent fortune before the new development”, he lamented.

“It was while serving at Greendome High School, Oworonshoki, Lagos that I received a call that my daughter collapsed. With the help of people around, she was rushed to a nearby hospital and later referred to Igbobi Orthopedic hospital where she is presently on admission”, he explained.

‘”The doctor in charge later advised us that if we want her to walk well again, she will embark on a total surgery correction of her hip and when we went for the cost, I was told to go and pay N1.3m”, the distraughted father added.

Alhaji Idaoba however lamented that he has spent all he has in his account on prescribed drugs and has nothing left to pay the bill, adding that the doctor advised we should try and do the surgery on time before it’s too late”.

He therefore appealed to well meaning Nigerians, corporate organisations and government to come to their aid in payment of the bill and pray for the success of the operation.

According to him, all forms of assistance should be sent into his First Bank: Account names Olayiwola Saka and the Account Number 3014719571.