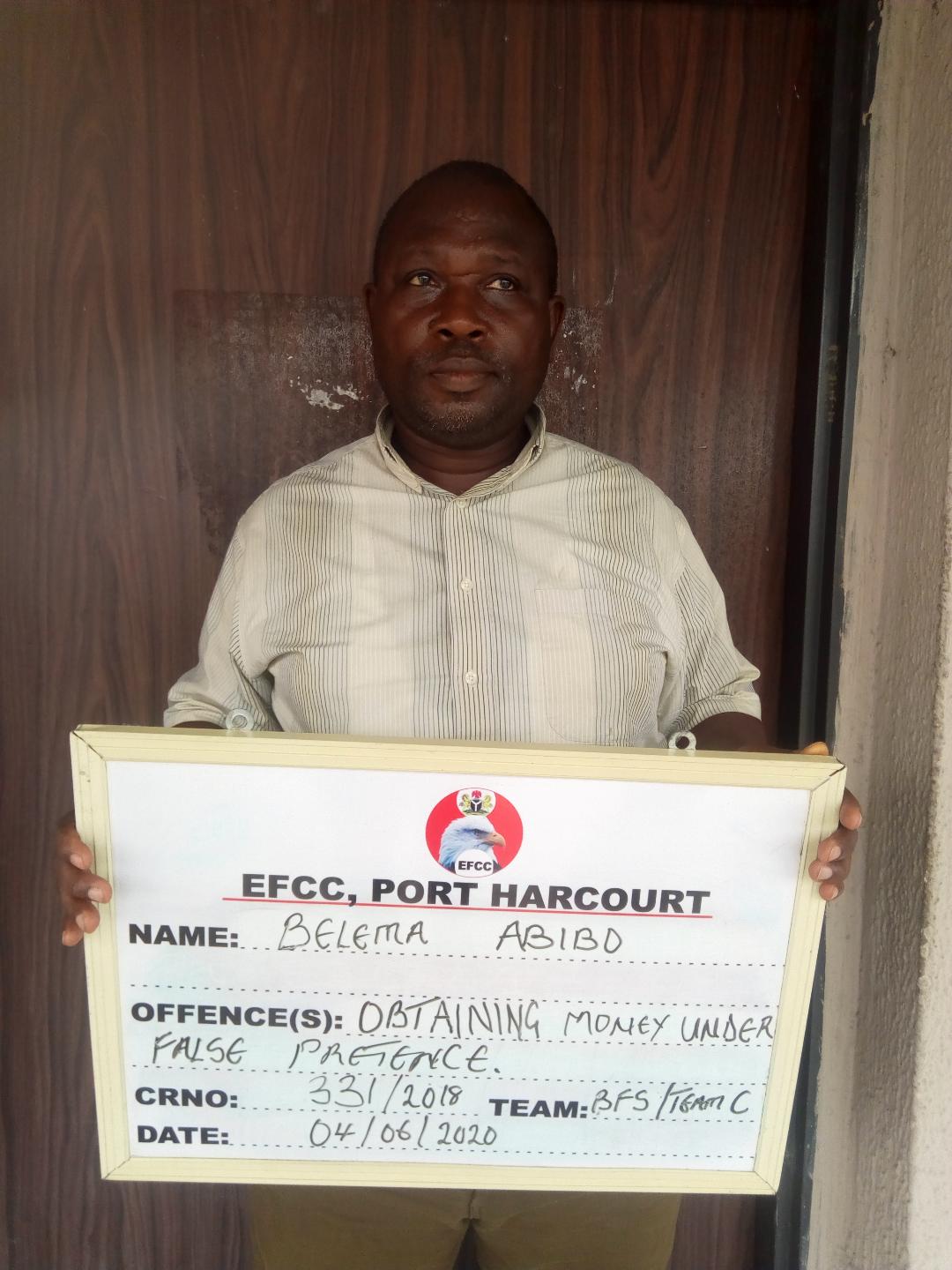 The suspects were arrested when a case of Obtaining by False Pretences, OBT, and fraudulent diversion of funds was raised against them by a petitioner.

According to the petitioner, sometimes in 2016, some representatives of Cosmopolitan micro finance bank approached and persuaded him to deposit funds in the bank as a fixed deposit, with a promise of monthly interest of two per cent (2%), after a tenor of 360 days.

The petitioner alleged that he deposited and fixed the sum of One Hundred Million Naira (N100, 000,000.00) in the bank, and upon maturity, the bank refused to refund neither the capital nor the accrued interest, to him, adding that the bank representatives suddenly became elusive.

EFCC’s investigation showed that the first defendant, Abibo,  a native of Okrika in Okrika Local Government Area, of Rivers State, is a Managing Director of Cosmopolitan micro-finance bank Limited and that the victim actually invested a sum of  One Hundred Million Naira (N100,000,000.00) in a fixed deposit in the  bank.

Further investigations also showed that the money was transferred into an account number 0565583030, belonging to Cosmopolitan micro finance bank, domiciled in FCMB.

The offence is contrary to Section 1 (1) of the Advance Fee Fraud and Other Related Offences Act 2006, and punishable under Section 1 (3) of the same Act.

One of the counts read: “That you Belema Abibo and Cosmopolitan Micro finance Bank Limited, sometime in 2016 at Port Harcourt, Rivers State, within the jurisdiction of this honourable court with intent to defraud did induce and obtain the sum of One Hundred Million Naira only (N100,000,000.00) from Olusegun Akingbesote and Alpha Integrated Services Limited on the pretext of keeping a fixed deposit account on a monthly interest of 2% after each tenor of 360 days, a pretext which you knew to be false and thereby committed an offence contrary to Section 1 (1) of the Advance Fee Fraud and Other Related offences Act 2006 and punishable under Section 1 (3) of the same Act”.

After the charge was read to the defendants, they pleaded not guilty.

Prosecuting counsel, C. O. Oni, in view of the plea of the defendants, prayed the court to fix a date for commencement of trial.

In the same vein, counsel to the defendants, E. K Krokeyi, asked the court for a short adjournment to enable him file an application for the bail of the first defendant.

Justice Abubakar, however, ordered that the first defendant be remanded in EFCC custody and adjourned to June 11, 2020, for consideration of the bail application.