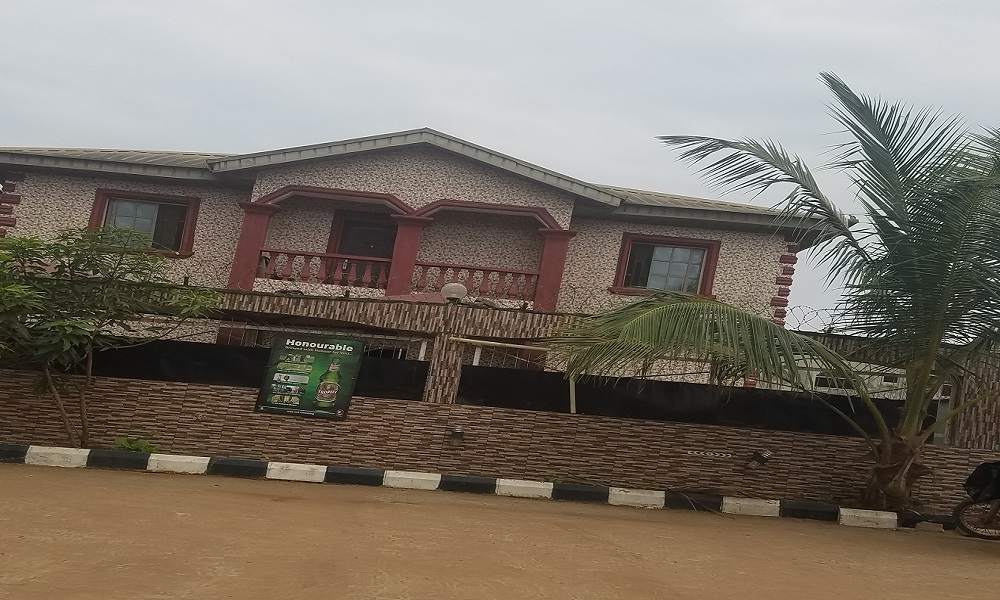 A pharmacist simply identified as Bassey Asuquo was on Friday August 1, 2020 found dead in a hotel in Igando area of Lagos.

Report say Bassey was found dead after he slumped and died on a sex worker in Lagos.

The man was reported to have died after engaging in a marathon sex with a prostitute at TinuBola and Restaurant located along Old Akesan road, before Galaxy Hotel, Egan, in the Igando area of Lagos State.

The incident sources said took operatives from Igando police Division, led by the Divisional Police Officer, DPO, CSP Taiwo Kasumu, to disperse crowd who wanted to take a look at the corpse before being evacuated to the mortuary for preservation and autopsy.

In a report by News Planet International, the deceased was found dead with a pack of cigarettes, an inhaler and a sperm stained boxer.

Another source narrated how Bassey had checked into the hotel lodge on Thursday evening after consumption of some quantities of alchohol and cigarettes.

Though deceased was said to be asthmatic, the commercial sex worker was said to have told the hotel manager over the telephone, how Bassey was gasping for air while rushing to grab his Asthma inhaler from the table, before he gave up the ghost.

The manager was said to have related his conversation over the phone with the prostitute to an eyewitness who wanted to lure her back to the hotel but She told them and I quote “I have gone very very far…..”, suggesting that she was on the run from the police.

The case has been transferred to the Homicide Unit, at the State Criminal Investigation Department, SCID, Panti, Yaba, Lagos, for discreet investigation.