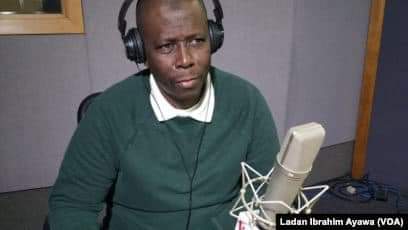 In a condolence message signed by his Chief Press Secretary Mrs. Mary Noel-Berje, Governor Bello described the deceased as a compatriot and hard-working broadcaster who distinguished himself, contributing immensely to both news and magazine programmes of his station.

The Governor said the personality of Late Ayawa is a model to younger broadcasters pointing out that the international broadcasting industry especially the Hausa Section will no doubt miss the wealth of knowledge and experience of the veteran broadcaster.

Governor Bello said though death is a compulsory end to all mortals, the death of Ibrahim Ayawa is a loss not only to the International broadcast industry but to Niger State in particular but consoled by the fact that the deceased lived a good life.

He then prayed Allah to grant the deceased Aljannah Firdausi and give the family, International Broadcast industry, the State and well wishers the fortitude to bear the irreparable loss.

Until his death, he was a seasoned broadcaster with the VOA Hausa section though retired this year.

Based in Washington DC, the deceased was a close friend to Governor Abubakar Sani Bello.

He died recently in Medstar Georgetown University hospital in DC after a brief illness and he is survived by a wife and three children.