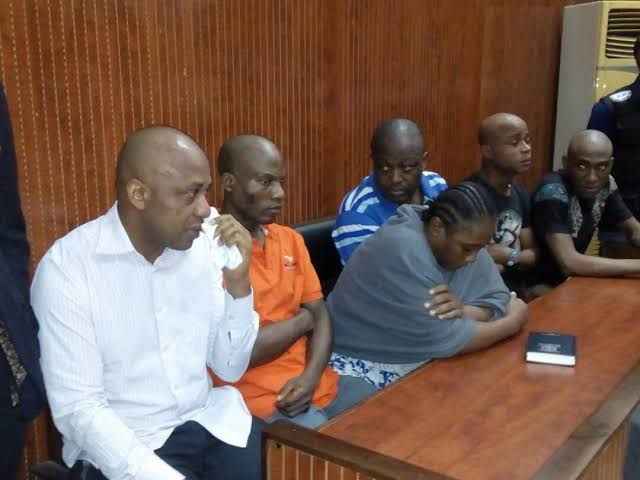 The Co-defendants of alleged kidnapping involving Chukwudumeme Onwuamadike also known as Evans have case to answer.

This is the decision of Justice Hakeem Oshodi of Lagos High Court sitting in Ikeja on Friday.

According to the judge, there are substantial evidence, especially the confessional statements of the defendants, before the court that require them to open their defence.

The matter however took a new dimension when the trial judge expressed displeasure over how many lawyers have represented Evans but abandoned the matter mid-way.

Justice Oshodi therefore asked Oyekunle to sign an undertaking that he will follow the matter to conclusion unless the court will be at liberty to report his chambers, Victor Okpara and Co. to Nigeria Bar Association, Ethics and Disciplinary Committee.

Counsel to the defence, Roger Adewole, Olanrewaju .O. Ajanaku, M.C. Izokwu and Emmanuel Ochai, aligned with Oyekunle and asked the court to give them time to enter their defence.