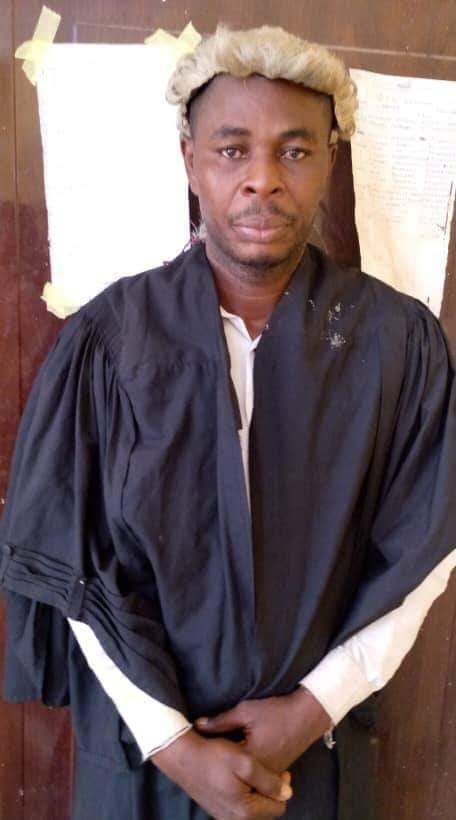 Nemesis has caught up with one Adedeji Ebenezer Oluwagbenga, who practiced as a lawyer for a decade.

The long arm of law caught up with him during an argument in the Court as a real lawyer suspected that Adedeji Ebenezer Oluwagbenga, may be fake and complained to magistrate.

The magistrate ordered for his arrest and during interrogation, he confessed that he is not a lawyer.

He was arraigned by the Police before Chief Magistrate Babatunde Somorin, of Magistrate Court, Itori, Ewekoro Local Government Council Area of Ogun State on Wednesday.

Ogun State Police Public Relations Officer, PPRO, DSP Abimbola Oyeyemi, said, “Adedeji pleaded guilty to the one-count charge of unlawful and illegal appearance as a lawyer, knowing fully well that he was not.

Consequently, the presiding Magistrate convicted and sentenced him to three years imprisonment with hard labour, without option of fine”.