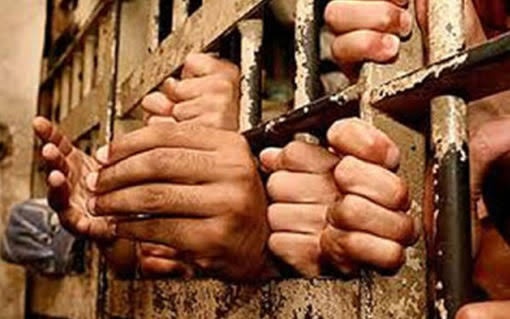 The total number of inmates so far captured on the Lagos Criminal Information System, LCIS, has increased to 30,107 as at March 2020, as indicated by the quarterly report of the LCIS.

According to the LCIS report released by the Office of the Lagos State Attorney General and Commissioner for Justice, Ibeju-Lekki, Alimosho, Apapa, Ikorodu and Ojo are the top five locations where inmates who have passed through the criminal justice system in the five custodial centres (prisons) of the Nigerian Correctional Service in Lagos State were arrested for various crimes within the period under review.

There are five custodial centres (prisons) in Lagos State with built capacity for 3,872 inmates, while the actual total number of inmates at the Centres as at the time of filing the report was 9,053, about 140% over the official capacity.

54 per cent of the suspects processed during the period under review do not have legal representation, and majority of which are for minor offences. This is an improvement over last quarter data of 82%.

The report further indicated that the prevailing offences committed by inmates in correctional centres within the period under review included stealing, breach of peace and cultism.

The statement also noted that the report contained important information showing the status of Domestic and Sexual offenders and efforts of the Directorate of Public Prosecution at ensuring prompt issuance of legal advice.

The Attorney-General and Commissioner for Justice, Mr. Moyosore Onigbanjo, SAN Stated that the Lagos State Criminal Information System is designed to improve the Administration of Justice and strengthen the Rule of Law. While reiterating that Lagos state and Lagos State Ministry of Justice will continue to be the leaders in the justice sector reform in Nigeria.