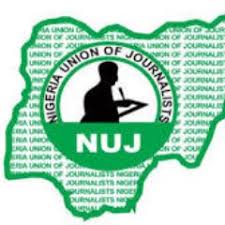 A Senior Advocate of Nigeria, SAN, Mr. Femi Falana has commenced court action against the Nigeria Union of Journalists, NUJ, following the imposition of a caretaker committee and the unrepentant stance of its National Secretariat to conduct elections into the elective seats at the Lagos State Council of the union by forcibly denying over 3000 eligible journalists right to vote.

Falana in a final warning letter to the NUJ National Secretariat and copied to the State Executive Council of Lagos NUJ and the “illegal Caretaker Committee” dated November 12, 2020 after an initial one served on the council on November 3, 2020 stated thus: “Thus we reiterated and affirmed our resolve to challenge your illegal constituted caretaker committee and constitutional denial of these eligible members from exercising their voting right as entrenched in the NUJ constitution.

“We noted with dismay the unrepentant antics of the National Secretariat of the NUJ to disrupt the constitutional provisions and the electoral guidelines to the peaceful election of the Lagos Council of the NUJ.

“To our charging the National Secretariat had up it’s ante by unconstitutionally constituting an illegal caretaker committee to further its motives to disenfranchise lawful and eligible members even after the peaceful protest of these members which led to a halt on November 5, 2020.

“We warn the National Secretariat of the implications of its illegality and deliberate attempts to disrupt the prevailing peaceful atmosphere in Lagos Council and cause a well planned violence and mayhem in the council.”

However in a related development, the appointed chairman of the controversial caretaker committee, Mr. Wale Akodu an Assistant Director at the Lagos State Ministry of Information and Strategy tendered his resignation letter on Thursday after top hierarchy at the ministry frowned at build ups that led to his appointment.

We gathered that the ministry warned members of the Lagos State Information chapel not to allow themselves to be used as tools to sow the seed of discord at the Lagos NUJ and equally urged them to refrain from any act that could damage the reputation of the ministry and the state government.

Wale stated in the letter that the bitterness associated with the poll compelled him to hand off saying the “attendant mudslinging is not only tearing my Chapel apart but also negatively impacting on the image and reputation of Lagos State Government; my employer. It has left me no choice but to tender my resignation.”