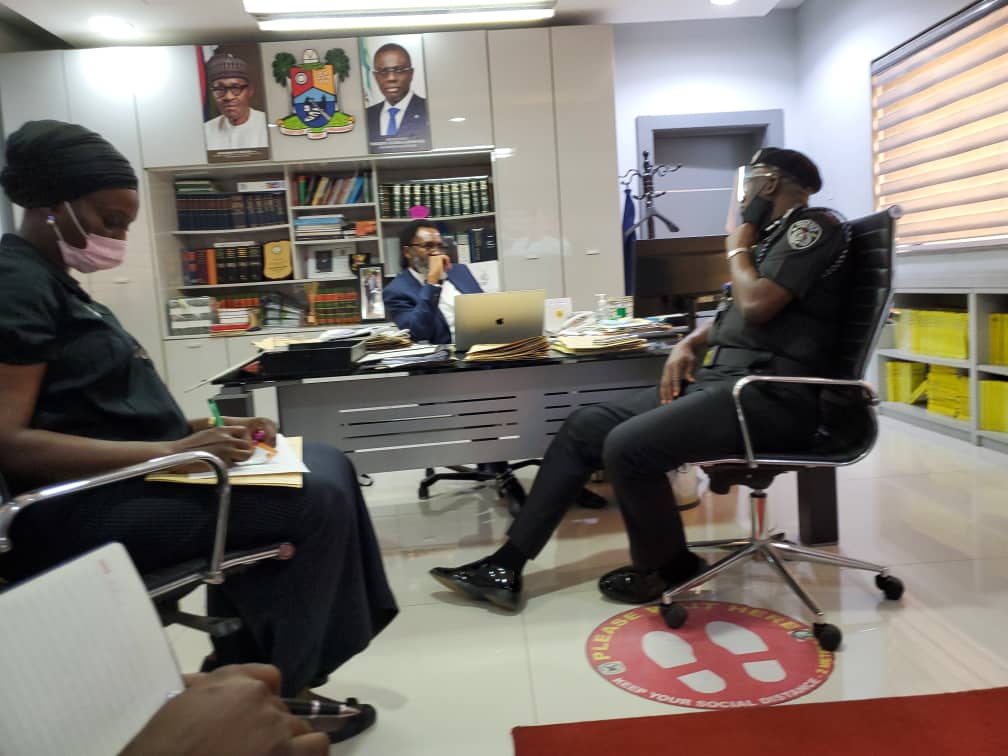 To ensure speedy and effective dispensation of justice by the police and the judiciary in the state, the men at the helm of affairs in the Justice sectors in Lagos have concluded talks to strengthen the existing synergy and understanding between them.

During a visit by the Lagos State Commissioner of Police, Hakeem Odumosu to Attorney-General and the Chief Judge of Lagos Mr. Moyo Onigbanjo, SAN, and the Chief Judge of Lagos State, Justice Kazeem Alogba, the police boss harped on the need for the Ministry of Justice and the judiciary to make policies and adopt strategies that will solidify the Criminal Justice System as well as overhaul the legal framework in the state so as to be in tandem with the present happenings and dimensions of crimes and criminality in the state and Nigeria at large.

The police boss expressed his pleasure with the newly passed Anti Cultism Bill which awaits the consent of Mr. Governor and other steps being taken by the Lagos State Government to tackle insecurity and crimes in the state.

The Attorney-General and the Chief Judge of Lagos State appreciated the visit of the Commissioner of Police and his hand of friendship extended to the two vital government entities in Administration of Justice viz-a-viz projecting solid security architecture in the state.

They further assured the Commissioner of Police of adequate supports towards fighting crimes and lawlessness in Lagos State.

It is crystal clear that the meeting of the Commissioner of Police with the two key personalities will definitely improve the Criminal Justice System and the general safety of Lagos State, the Police Spokesperson, CSP. Muyiwa Adejobi said.