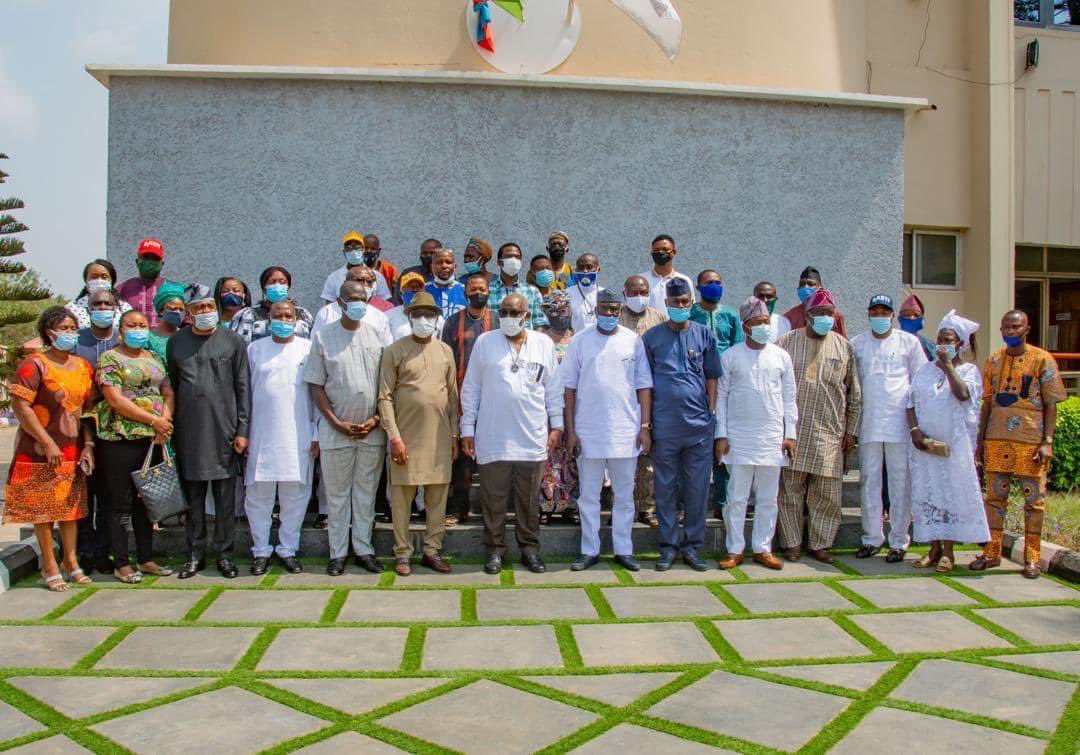 His remark was given on Thursday during a courtesy visit to the governor, where he noted that the governor is making people of the state very proud.

Hon. Ilori stressed that the Governor has shown that he is a leading light in providing leadership and solution, particularly on the issues of insecurity in Ondo State and the Southwest in general.

Ilori who led members of the Independent Campaign Group, ICG, noted that Governor Akeredolu responses and actions to issues have shown that Ondo State can provide leadership for the rest of the country.

According to the APC Chieftain, the people of the Sunshine State did not take laws into their hands on the issue of insecurity in the state because the Governor has provided leadership.

Ilori said: “You have made us proud. It’s easy for a Governor that has won a second term to be lethargic. We are saluting you for staying true to your constitutional obligation that says that the primary business of government is the security of the people. Your response to issues has shown that Ondo State can show leadership”.

He urged the Governor to continue to show engrossed interest in the development of the All Progressives Congress, APC, adding that the party is important to all.

“The people of Ondo State that have invested their mandate in you have been very proud that they have a Governor that can talk and can do,” Ilori concluded.

In his response, Governor described his victory in the last election as a collective victory for the APC, saying the unity of the party remains important to him.

Arakunrin Akeredolu who further reiterated that the Sunshine State is an APC state said nobody can change the status of the party in the state in the foreseeable future.

“We have put in place a government that you can point to what we have done. You can see what the party has done. The party, having won an election for a second term, can not go to sleep. We can only raise the tempo. There is a lot of work to be done. We can not go to sleep. We must work for the people of the state and I can assure you, we will work for the people of this state.” Governor Akeredolu said.