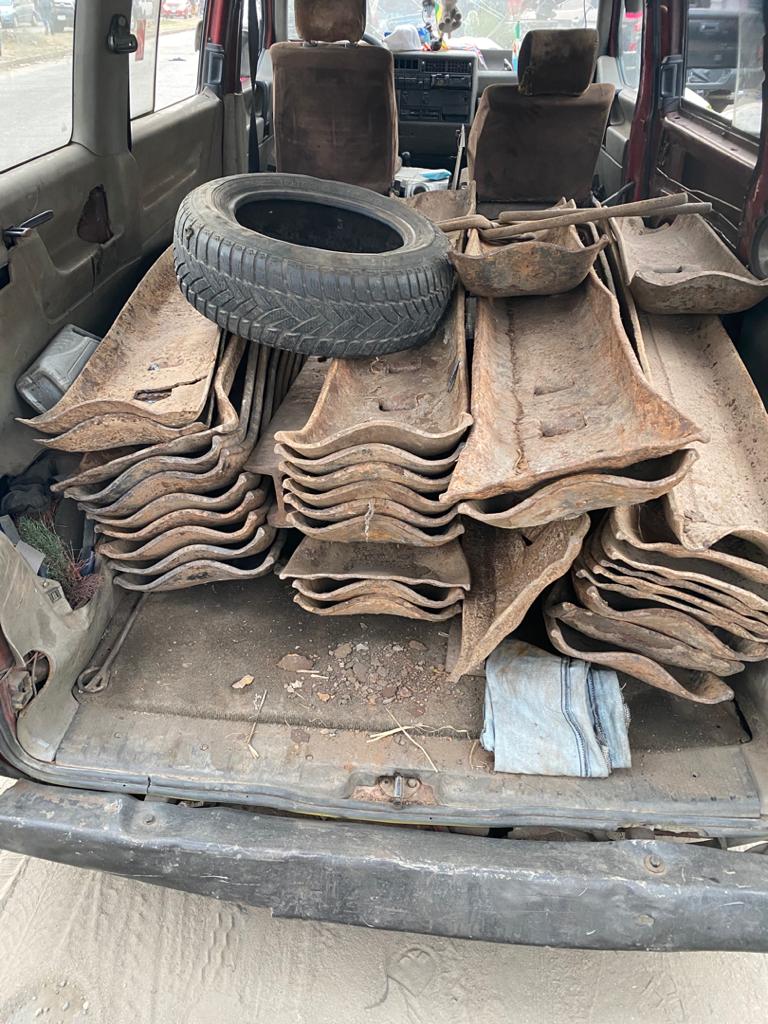 Two suspects, Victor Akpan, 21 and Adesina Folorunsho, who were in possession of some rail tracks belonging to the Nigerian Railway Corporation have been arrested in Lagos.

The duo were carrying the vandalised items in a car being driven by one of them at the time of their arrest.

The police arrested them on Saturday at 4:00p.m during a routine check and were queried about where they got the items.

Unable to give any satisfactory answer to the police, except claim of getting them from some miscreants, the Police operatives attached to the office of the Area Commander, Area E in Festac marched them to their station.

In a related development in a location not far from Festac Town, the police operatives attached to Satellite Town also arrested Solomon Ayuba, 26, and Manase David, 20.

The duo are suspected traffic armed robbers picked up along Agboju/Alakija on Lagos/Badagry Expressway.

The two men had been in police custody since Friday night.

Police Spokesperson of the Lagos State Police Command, CSP Muyiwa Adejobi, informed journalists through a statement that they were caught in the act of robbing commuters by the police.

They were also said to be attacking unsuspecting commuters in the area, while other gang members took to their heels.

Nemesis seems to have caught up with them when the police operatives who had placed the suspected armed robbers under surveillance for some days prior to February 19, 2021 were eventually arrested.

Recovered items from them include one locally-made pistol, some cartridges and two face masks.

He reaffirmed the command’s commitment to continually flush out criminals and hoodlums of Lagos State.