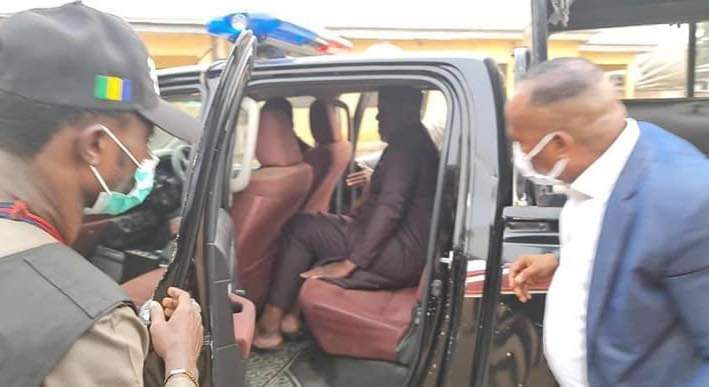 The political crisis in Imo State is taking a new dimension as a serving lawmaker of the Federal Republic of Nigeria, Senator Rochas Okorocha, who was also a former governor of the state, is now in custody of the Nigerian Police.

He is being held in connection with the unsealing of Royal Spring Palm apartments, sealed by the state government due to certain irregularities.

To forestall any civil unrest, following the allegation that the former governor broke the lock and open the place, the police took Senator Okorocha away for questioning.

Okoracha was sai to be on the property in the company of his in-law Uche Nwosu and his other loyalists.

The action attracted the state government officials who rushed to the scene.

In ensuing melee, properties were destroyed and and many were said to have sustained serious injuries.