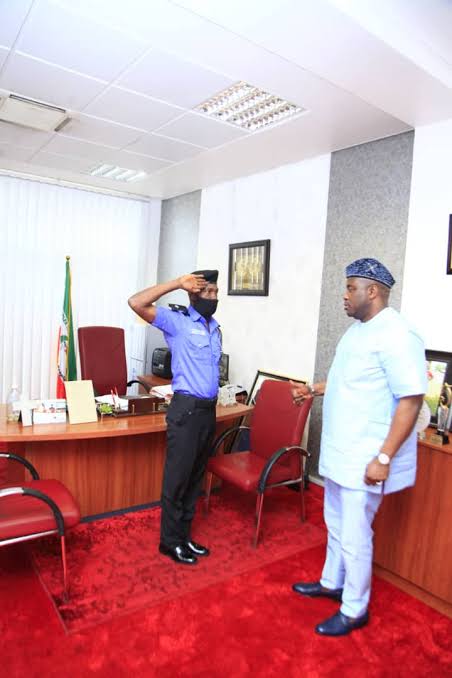 An officer of with the Nigeria Police Force, Celestine Obot Williams, who was unjustly dismissed from the Force in 2000 has been reinstated.

He was a Constable at the time of his dismissal from the police 21 years ago.

The police officer who hails from Ini Local Government Area of Akwa Ibom State and had to consistently contested against the wrongful dismissal.

He was reported to have filled a petition with Senator Bassey Albert Akpan who represents Akwa Ibom North East Senatorial District, requesting his reinstatement for wrongful dismissal.

The lawmaker Albert Akpan asked the Senate to intervene on the issue as the said officer was not even tried before he was stripped of his duties.

In response to his appeal, the Senate resolved and made a recommendation for Mr. William to be reinstated and promoted to the same rank as his coworkers.

Mr. Williams was re-instated in May 2017 after the Police Service Commission conducted thorough investigations and deliberations, but not at his proper rank.

Senator Albert charged Mr. Williams, while decorating him, to be patriotic, selfless, and honest in the performance of his duties, and to look beyond his tribulations over the years, to look into the future with all hope and trust in God, who had promised and was able to make good on his promise.

ASP Celestine Williams will now be paid all of his arrears and entitlements for the past two decades, while the Honorable Senator has donated a vehicle to ASP to aid his movement in the discharge of his duties.