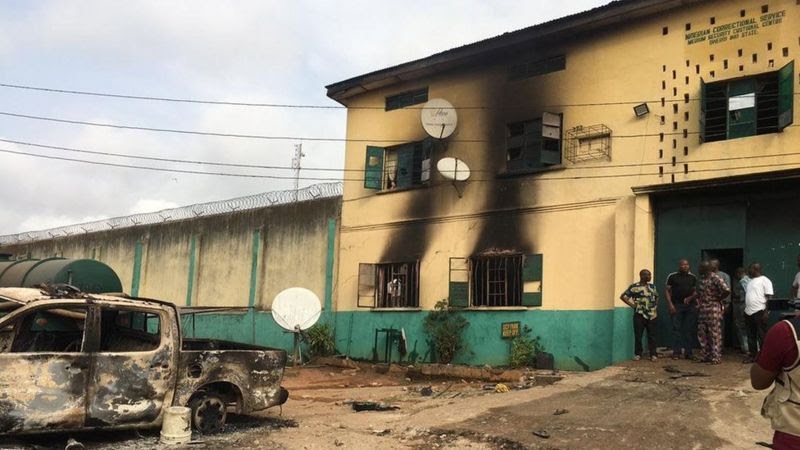 CASEFILE gathered that the attack occurred in the early hours of April 5.

The gunmen set ablaze the correctional services command and the police command.

They also burnt almost all the vehicles parked at the command headquarters.

The attack was said to have lasted for three hours with the hoodlums singing solidarity songs at the government house roundabout for about 30 minutes before attacking the facilities.

The Public Relations Officer of the Nigeria Correctional Service Imo State, James Madugba has confirmed the attack on the command by suspected bandits around 2a.m on Monday morning.

James Madugba explained that the attack was carried on the Nigeria Correctional service facility as well as the Nigeria police headquarters which of course was set ablaze.

According to Madugba the hoodlums seized the opportunity to release hundreds of inmates and that the authorities are trying to get the accurate data of inmates who escaped.

“We can confirm that the facility was attacked at about 2.00 a.m. Monday with operational vehicles burnt and many inmates at large.

“We have yet to confirm definite figures but we’ll make them public as soon as possible,” Madugba said.

Meanwhile, over 20 vehicles were burnt at different locations by the gunmen.