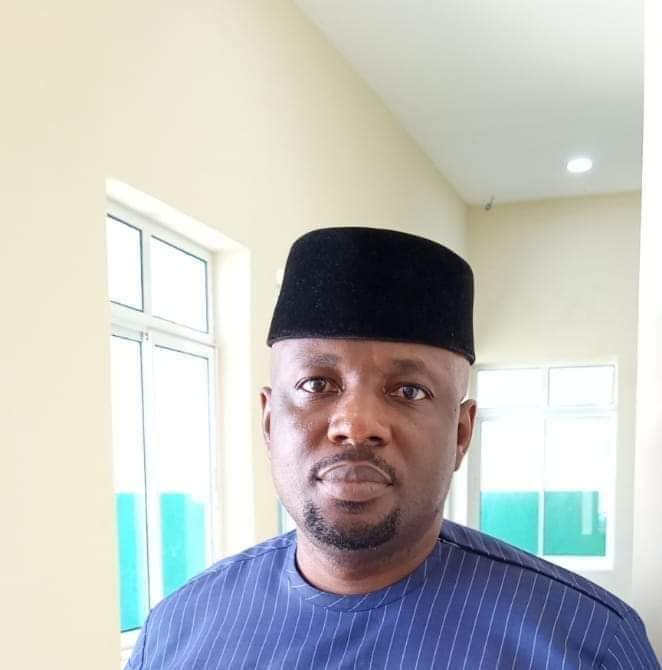 My name is Kufre Effiong. I am aware of some social media publications attempting to link me up with the gruesome murder of Late Ms. Iniubong Umoren. At first, I had wanted to maintain silence and allow the Police and the various agencies involved in the matter conclude their investigations and come up with comprehensive report but it now appears clear to me that silence is not golden in this matter where my hard earned reputation has continued to gather moss in the most misguided, misleading and mischievous manner in the court of the Nigerian social media.

Consequently, I am left with no other option than to make this public statement narrating my role in the trending subject and this I do, not to convince or change the predetermined positions and conviction of people who are bent on imputing ills even on the best of human’s intention for I have already warned myself that no matter how hard and loudly the truth speaks for itself, there are some who would prefer and give themselves to alternative facts. I leave such men and women in the hands of God, time and posterity.

With all modesty and good conscience, I make this statement for the records and information of members of the public who are genuinely concerned about the need to know my true side of the story.

The day was Friday, 30th of April, 2021 and the time was about 2 pm when I was called by my Dad who lives in Lagos, asking whether I have seen a trending article on the social media linking Uduak (who is my cousin) with a kidnap case. Not long afterwards, another cousin of mine who is incidentally the Chairman of Uruan Local Government Council, called to intimate me on the same social media circulations and requested me to come to his house as Uduak’s father, Mr Frank Akpan has been reportedly arrested on account that the son, Uduak has absconded.

On arrival at the Chairman’s house, he told me that he was concerned that the arrested old man was sick and needed medication since he did not carry his drugs to the police station. According to the Chairman, some kinsmen were calling seeking his intervention to explore the possibility of allowing the old man access to his medications.

I was still at the Chairman’s house discussing Mr. Frank Akpan’s case when in the presence of the DPO who had a meeting with the Chairman and another DSP, Uduak called my phone asking if I knew where his father was. Initially, I was upset with Uduak for asking me the whereabouts of his father and immediately signaled the DPO that Uduak was the person who called and somehow, I managed to find the composure telling him that I was seeing the trending social media news involving him.

Then Uduak said he had no credit and requested me to call him. Obliging to this his request, I called him back asking where he was and he replied that he was at Oron. Further asking about the missing girl, Uduak claimed that he lose contact with the girl when she got to Ibiaku, stating that he has neither seen nor heard from her since then.

He practically claimed to be innocent.
At that point, I encouraged him to turn himself in by going to the Idu Police Division to clear himself so his father can be released to go and take his drugs or that I can link him up with the DPO who is closed to us. Later, in the presence of one of our brothers, a Barrister who had come to see the Chairman, I forwarded the DPO’s phone number to Uduak. It was not long afterwards when Uduak called the DPO who encouraged him to come out, assuring him that he could personally come to the Shelter Afrique Junction to pick him up on arrival. While there all waiting and praying that the suspect does not change his mind, Uduak called the DPO informing him that he has arrived Shelter Afrique Junction.

The DPO then suggested that he will not go with his car to pick him so he does not panic and react adversely on sighting his car which has tinted glass. Rather, he requested that I drove him to the location and thus, accompanied by the DSP, I drove the DPO in my car to Shelter Afrique Junction where the suspect was picked up by the DPO.

Meanwhile, before we moved out, the Council Chairman had instructed that the suspect be taken to the Anti-kidnapping Unit directly but the DPO advised that he should first be taken Chairman’s house to calmed him down and encourage him to cooperate with the Police and thus, the suspect was taken to Ewet Housing.

At Ewet Housing, the suspect still denied knowing the whereabouts of the deceased, maintaining that he last heard from her when she said she has got to Ibiaku Junction but when we pressure him further, the suspect requested that he needed audience with the Chairman and myself alone. So, we took him in urging him to tell us the truth to enable us assist him where necessary. It was at that point that Uduak mentioned for the first time that the missing young lady actually got to his house. On hearing that, I could not find any emotional intelligence or coordination other than to ask and I asked straight, “is she alive?” Uduak started crying and shook his head to indicate that she was no more! At that point, I lose it completely and almost fainted but managed to give him few slaps. I became completely distraught, devastated, incensed and confused at the same time. I was wailing like a woman who has just lost all and so was the Chairman.

With that mixed frustration and infuriation, we quickly handed the suspect back to the DPO to take to the Anti-kidnapping Unit and this, we did without any second thought, telling the DPO that we had washed our hands off the matter and would not wish to be associated with it.

Accordingly, the suspect was taken to the Police custody where interrogations and thorough investigations are being carried out by the Police and the sister law enforcement agencies. I have no doubt that the suspect would have made useful statements to the Police to guide their further actions on the matter.

Unfortunately, the social media has been overflowing with so much damaging publications trying to link me up with the crime and further extending it beyond the specific incidence of Late Ms Umoren to an atrocious trade on human parts. Well, I want to state that I do not know about the suspect’s activities since he never lived or grew up with me. My role in the entire case is as stated and remains verifiably so.
Voluntarily on my own, I have made statement to the Police on record and they are fully aware of my role in the case. I have also assured them of my cooperation whenever and wherever I may necessarily be called upon.

As a human, I am deeply saddened and devastated by the turn out of event as all the three of us namely the DPO, the Council Chairman and myself who facilitated the arrest of the suspect are now facing false, malicious and damaging media attack trying desperately to link us with the offence in respect of which we made lots of sacrifices to ensure the suspect got into the Police net where he is currently being detained, interrogated and investigated.
Personally, I have been receiving threat messages from some over-zealous individuals who have labeled me trader on human parts. Now everybody who has lost friend or family member to kidnap cases, view me as the culprit. I no longer feel safe walking the street as a simple and ordinary man that I have always been but I have no regret that I measured up squarely to that responsibility of bringing out the criminal suspect face to face with the law. I am consoled that the suspect is in lawful custody and will be prosecuted in line with the law of our land. So, if this is the price I have to pay for bringing the murderer of my sister from another mother to face the law, I embrace this very heavy burden and trust that both time and God will be kind enough to redeem my image so misguidedly tarnished.

My only regret is that, there is no absolute reparation and replacement for the tender life so heartlessly and callously terminated at its prime stage. I commiserate with family and friends of the dearly departed and hope that justice will be done in the matter. Notwithstanding above, honestly being my role in the matter and my conscience being crystal clear, if any person or group of persons know more than the Police do or possess within their exclusive preserves, any evidence linking me or anyone else with criminal act of Uduak Frank Akpan, they should freely approach the Police authority and make useful disclosures on such information rather than submerge the public media with speculative allegations aimed at constituting media trials and securing street convictions for very responsible persons who played sensitive and critical roles leading to the arrest of the suspect by the Police.
Thank you.
– KUFRE EFFIONG-