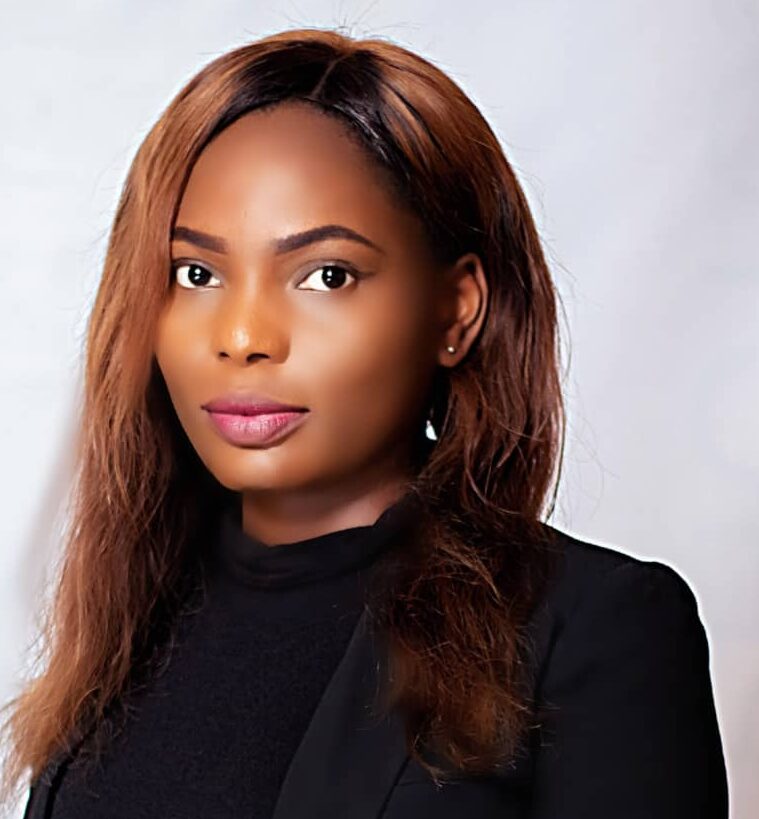 May we meet you?

My name is Anita Abada, I am a film director, producer and screenwriter.

What’s your upbringing like?
I am the last child of a family of six and I grew up in an average home in Lagos State, Nigeria. I am a graduate of Foreign Languages, from the University of Benin.

FGM is an acronym for Female Genital Mutilation. It is a common traditional practice that involves the partial or total removal of the external genitalia of girls and young women for non-medical reasons.

You wrote a film about FGM, what motivated you to do this?

I have a knack for impact driven stories and most especially stories on Gender Based Violence, to educate, inform and seek redress. “Efun,” my short film on FGM was inspired by a conversation I had with a victim who pleaded to be anonymous.

She is traumatized by the practice which was carried out on her when she was still a child. She doesn’t enjoy sex with her partner because she has lost all sense of sexual urge due to her clitoris being cut off and this has greatly affected her self-esteem.

I had a conversation with my father on this topic and he mentioned that at the period when I was born, FGM was very common in the South-South of Nigeria where I come from, but as parents, he and my mother stood against it being carried out on any of their female children. I realized there were many victims living with the effect of this practice that couldn’t talk about it out of shame, many others have died in the process.

So, I decided to use film to tell this story and seek a redress, giving women the chance to make their own choices and not being forced to undergo harmful cultural practices.

What were the challenges you faced in the course of doing this?

Finding the most suitable location was the first challenge. I wanted to depict the story in a rural area, so we had to go a far distance, we literally crossed a river and climbed a hill to get to the location where we shot somewhere between Ota, Ogun State and Lagos. We filmed into the night and had to return back to our destinations very late.

Also, the short film was shot on a low budget; limited casts and crew. The entire crew for this film was just four people; myself (Director, Producer, Writer), Omoregie Osakpolor who was the DP; Silas Abada who was both the sound man and editor; and Ejiro Stephen who was the light man and BTS personnel.

So there was the issue of not having enough funds to hire more hands, but I had a team that was willing to work with me on this scale and still deliver the best output. “Efun” is a success today because these three men keyed into the vision and brought it to life with me and that I am thankful for.

Also, the emotions that the circumcision scenes conveyed. As a director, it was difficult watching the scene, but I had to. We had a real knife and a young girl who had to express the emotions and all I could think of were the millions of girls who have undergone this. It was an intense moment for actors and crew.

Do you have a special training in screen writing or film production?

I started as a self-taught screenwriter and film-maker, but in the past few years, I have attended trainings and taken courses in film-making to learn from industry experts. I was a contestant at the 2018 Script2Screen Africa reality show where I won the Prize for “Best Screenplay.” That was where I received my first professional training in film-making, afterwards, I attended the AFRIFF Story Story Class and Accelerate Filmmaker Project.

How do you feel being congratulated by WHO Director-General, Dr. Tedros Adhanom Ghebreyesus on winning the special prize for a health educational film for youth?

It was and still is a memorable moment for me. It felt great seeing that my film was getting exposure on a global level and creating the necessary impact it was made for. Getting acknowledged by the Director-General of WHO was a huge one for me, for the girl child, for Nigeria and for Africa. A great step in the right direction I must say.

Can you give a snippet into your work?

“Efun” is a film that follows the life of a young girl who is forced to undergo FGM, even though she believes she has the right to make decisions about her own body. It is a film that ignites that discourse on girl/women rights, while also touching on health of women and girls as it concerns such harmful traditional practice. It is an impactful and educational film.

How do you think this film will impact the society?

“Efun” will further the discourse on Female Genital Mutilation which is most prevalent in Africa where I hail from, Middle East and Asia, while educating people on the negative impacts of this practice on women and why it should be eradicated.
It also educates women and youth on the right to make their own choices.

That would be dependent on the scale of production. Like I mentioned earlier, this project was shot on a low budget.

So where did you get the necessary support?

My team of four was all I had to get this executed and they did give an ‘arm’ to ensure it came to life.

What advice do you have for young lady like you?

Stereotypes will only keep you in a box, feel free to spread your wings and fly, there is no limit to what you can achieve.