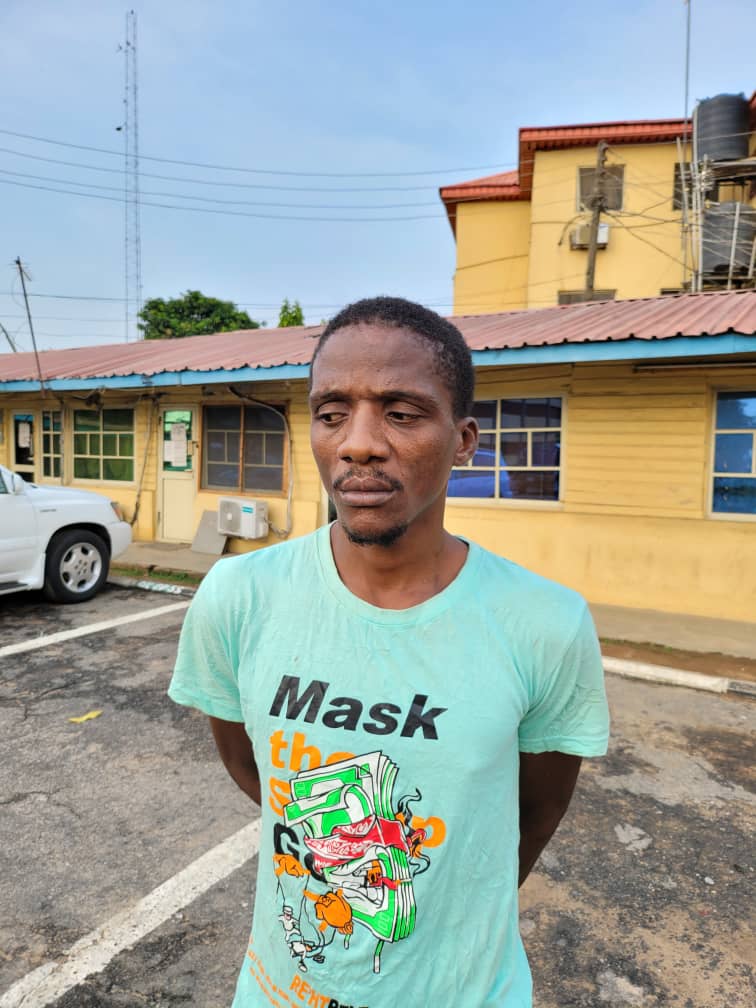 It is a case of old habit die hard for Onyemachi Maduabuchi, a fleeing inmate of the Imo State Correctional Center who was re-arrested in Lagos for theft.

The escapee linked up with his sister in Ijegun area of Lagos, but the spirit in him refused to leave as he was arrested when he reportedly stole a SIM and memory card.

He reportedly committed the offence during a church before he was re-arrested on April 23, 2021.

It was gathered that the suspect has been standing trial for armed robbery and arson before Justice Nna Amadi of Ngbidi High Court one, Ngbidi in Imo State.

Reacting the Lagos State Police Command Boss, Hakeem Odumosu has directed that the suspect be handed over to the Nigerian Correctional Center for further investigation