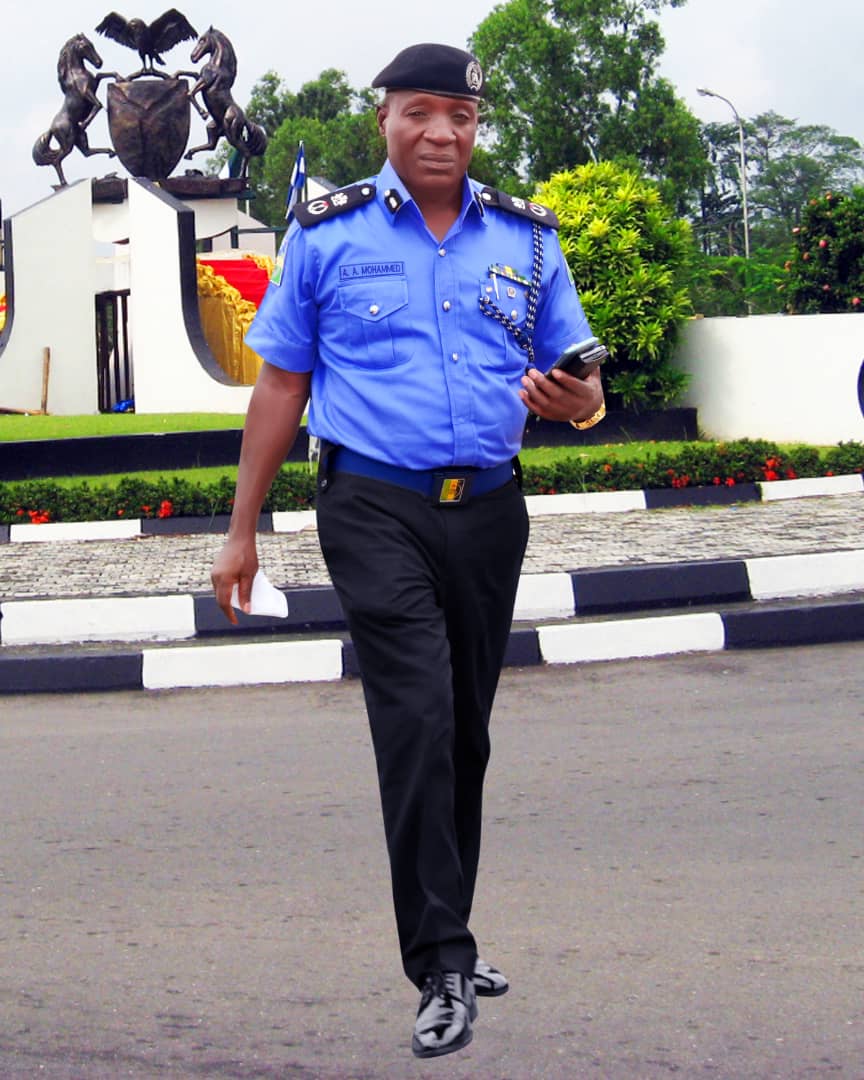 The palpable peace and serenity bestriding the entire length and breadth of Delta State today; arguably lay its credit to the indefatigability of a cultured Police force under Commissioner of Police, CP Ari Muhammed Ali.

Prior to his entrant as the 20th Commissioner of Police, Delta State Police Command on January 12, 2021, Delta State adjudged a mini Nigeria, an admixture of oil and agricultural producing state located in the South-South geo-political zone of the country was notorious for atypical criminality; consequent upon of its rare topographical posturing.

With an estimated land area of 16,842 square kilometers and a cover landmass of 18,050 square kilometers of which 60 per cent is land and the rest creeks and streams; successive Commissioners of Police of the Command bore witness to the fact that policing the state was far from being a tea party. It was a story of one day, one crime.

However, the magic wand of the true definition of an astute Police officer and brain, instinctive in CP Muhammed Ali; whose policing stratagem has yet defied characterisation, put paid to the hitherto gory tales of woes that were the lot of the good people of Delta State. Little wonder, within a short period of assumption of office, the Nassarawa state born crime fighter extra-ordinaire whose inimitable footprints in Lagos State Police Command have remained indelible in the annals of crime fighting; having served in all capacities including being DCOMPOL Ops under three CPs in the commercial nerve
center of the country, CP Muhammed Ali introduced a new vista in the narrative of tackling the menace of armed robbery, kidnapping, vehicle snatching and of course, cultism and street gangsterism in Delta State.

His peculiar modus oparandi of inculcating native intelligence in crime fighting as a cerebral and operational officer has since become a handbook for sister Commissioners of Police. He was quoted as telling his officers and men and traditional rulers in one of the town hall meetings that; “I am here to fight crime and reduce it to the barest minimum. I am not here in Delta State to look at fine faces nor here to inspect oil installations, no. I am here to work in line with the policy thrust of my IGP who sent me here. So, anybody who is not ready to work with me is free to voluntarily leave now otherwise, he or she will leave with a note to his or her next deployment. And to you my elders and revered traditional rulers, we need your cooperation especially, in the area of volunteering vital information that will
enable us serve you better. Together we shall win this war against insecurity.”

And basking in the euphoria as a multiple award winning officer who cuts his teeth in police operations in Lagos State Command and an apostle of community policing, CP Ali hit the ground running by making police visibility a common sight in all the nook and crannies of the state.

The usual killing of Policemen and snatching their arms by persons suspected to be members of the proscribed IPOB took a permanent flight with the dislodgment of their criminal hideouts in the forests of
Okpanam and Anwai-Illah road. And to give a bite to the warning signals which he handed down to his officers and men to live up to expectation or exit the state, a DPO who was found wanting was
promptly redeployed out of the state.

The incessant attacks on hapless farmers by criminals masquerading as Fulani herdsmen became history. Peace returned to the state with socio-economic activities thriving once more and the people were happy for it.

A rough statistics of criminal incidents in their entire state obtained in the month of January 2021 to date; showed a downward slope of 424 as against the previous year of 2,013. Out of this number, there were only 173 armed robbery cases reported compared to the 7,034 in the previous year.

In the same vein, only 83 kidnap cases were recorded as against 478 in the previous year while 102 murder-related and 66 cultist-related cases were recorded respectively as against 200 murder related incidents and 578 cult-related incidents that were recorded in the previous year respectively. A total of 202 suspected armed robbers were either arrested and or had their nefarious plans busted before they were hatched while 81 kidnappers were also arrested with 73 victims rescued and reunited with their relations and loved ones. The figure also showed that 91 persons were arrested for murder while 513 cultists were arrested either in their initiation grounds, their hideouts or during inter-cult clashes.

With these commendable and modest achievements recorded in less than a year, prominent Deltans from all walks of life both within and in Diaspora could not but continually applaud the policing strategies of CP Muhammed Ali who they described as a detribalised Nigerian.

Honourable Joan Mrakpor, a respectable woman of substance whose magic wand changed the fortunes of Asaba municipality, unconsciously mused away: “That man is a blessing to Delta State. Incidentally, he is policing a state which Governor is so passionate about the security of lives and property of his people. Apart from being a detribalised person, he knows his onions. I understand that he is not new to the state but I think that is not the issue. He sure knows the police job.

We know what Asaba township used to be prior to my appointment as the DG, Asaba Capital Development Agency, he assisted us with his men while we carried out the various demolitions we did to give the state capital a facelift from the former slum to what it is today. That man is alive to his responsibilities. The usual report of kidnapping along the notorious Ubulu-Uku-Onicha-Ugbo road that claimed innocent lives have long ceased. If we have such level headed Police officers like CP Ali to man states like Lagos, Port Harcourt and some of the volatile states in the country, we would be happy for it.”

Another respondent based in far away USA, Ogbueshi Obi Chukwuka said he experienced for the first time when he visited the country July this year the presence of Policemen everywhere in the state.

“From the Asaba airport where I landed going to my village in Akuku-Igbo I noticed a remarkable change in what you people call police visibility. To be sincere, when I wanted to visit Nigeria and them my home, I was afraid because of what we used to read online about insecurity in our
state, especially kidnapping. But throughout the two weeks I spent before going back, there was no single incident of kidnap. Usually, I stay with my kinsmen in the morning till noon and at about 6pm, I
leave for Asaba town where I normally sleep. There was no single incident of attack and I asked what was responsible for this and they said it was one Hausa man Commissioner of Police that is doing the magic. Here in the US, we are always praying that he remains in our state, at least for now because we know the antics of the Police, very soon they may decide to take him to another state to go and do what heis doing in Asaba. The man is good; you can quote me.”

Yet another respondent, a veteran journalist, Emmanuel Obiamiwe described CP Ali and his management team as one of a kind. “I think what stands CP Ali out is his detribalised nature aside knowing the job. He is a lover of everybody especially, pressmen. He operates open door policy and I think that is what endeared him to all and sundry. As a journalist, I do not think there had been any CP so receptive and accommodating like CP Ali. His work speaks for itself; like the lawyers would say. Our greatest fear now is that with this gale of promotion sweeping across the force, he may be moved out of the state
because he is surely representing the IGP’s policy thrust of policing with human face. Some of you may not know, if not for CP Ali and his team, the recently conducted Anambra State elections would not have been the story told today. We are on ground here so we know what is going on. Every Friday, all the hotels in Asaba are always fully booked because of those ‘escaping’ from Enugu, Owerri and Anambra seeking for fun. You can imagine the degree of stretch his workforce must have to go through providing security for all. Some of us call him CP without borders.”