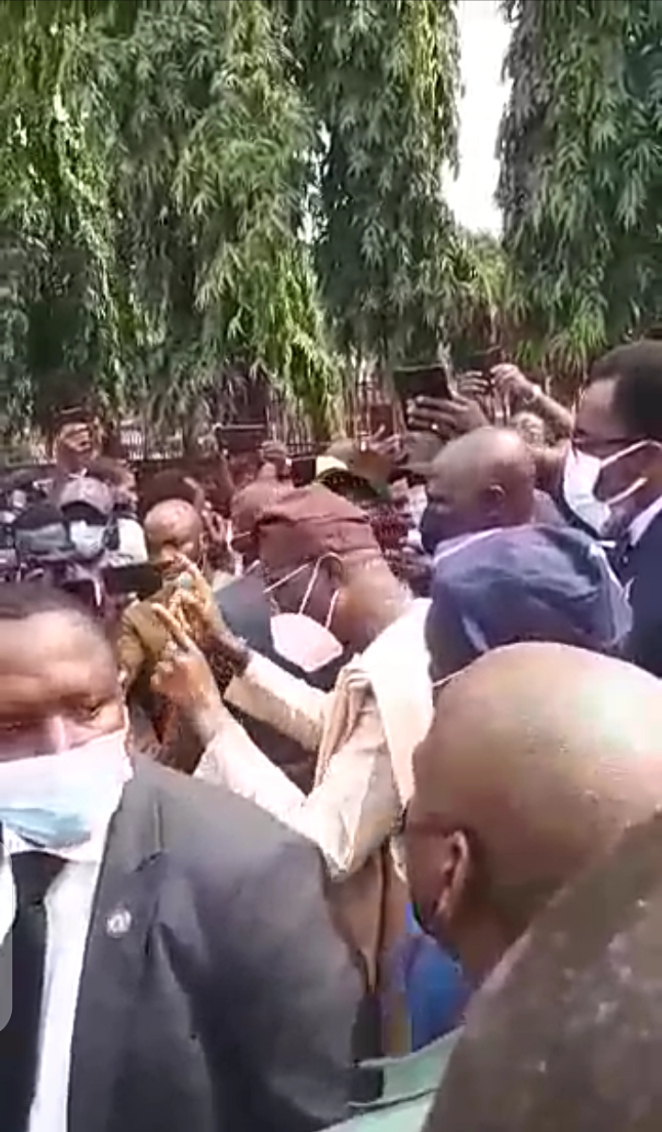 An unnamed Chief Superintendent of Police, CSP, has been deployed to Magodo Phase II Estate for a mission yet to be ascertain.

The landlords in the estate have been at loggerheads with a family over a Supreme Court judgement.

The attempt to enforce the judgement led to a chaos.

But on Tuesday, the landlords staged a protest claiming that arrangement is already in top gear to demolish their houses.

In a swift reaction, the state Governor Sanwo-Olu led his team to the place and was confronted by the CSP who refused to carry out the governor instruction to vacate the place or call his superior officer.

The CSP told the governor that he and his armed colleagues were at the estate on the orders of the Inspector-General of Police, Usman Baba as well as the Attorney General of the Federation, Abubakar Malami, SAN.