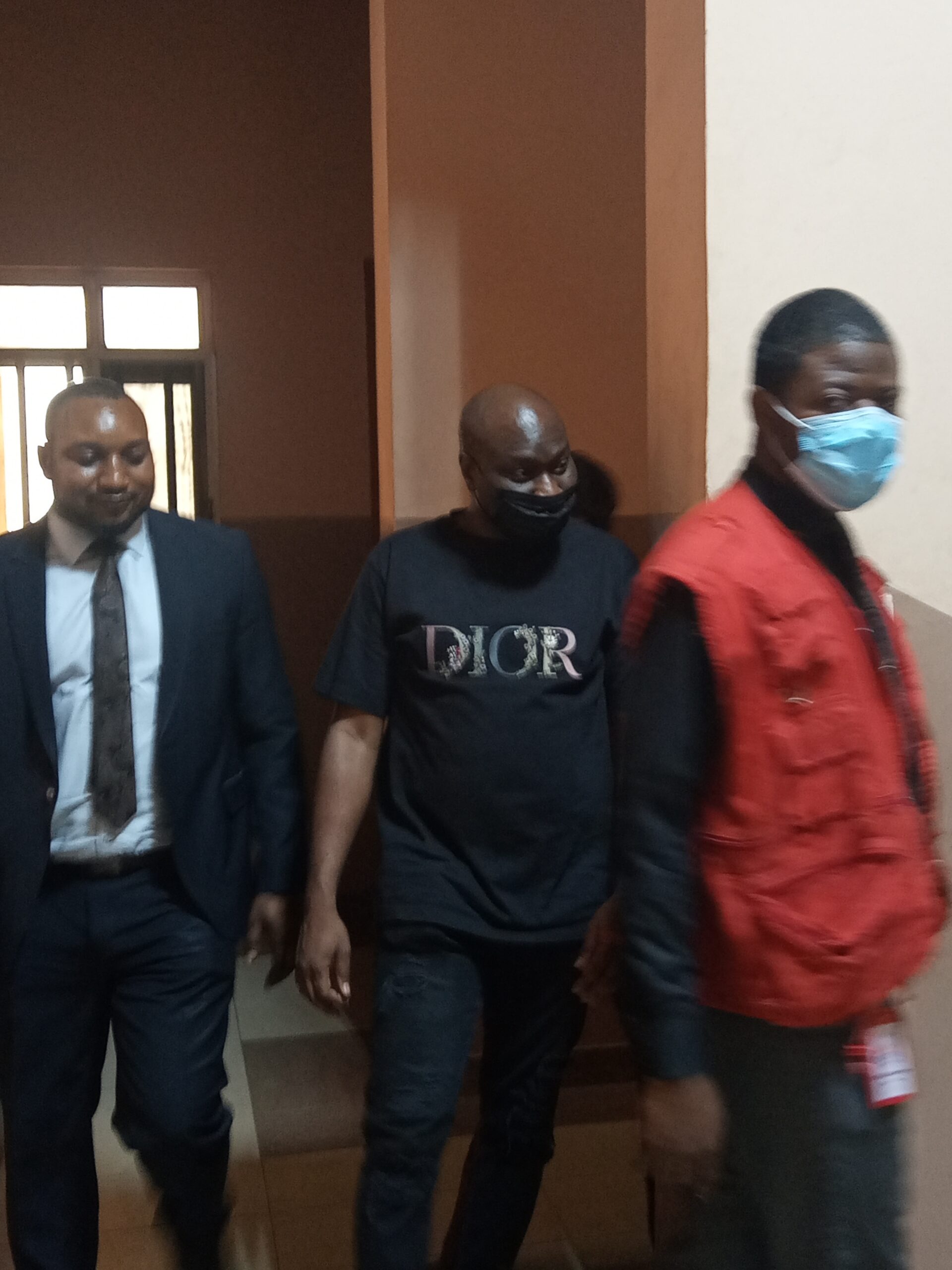 Justice Mojisola Dada of the Special Offences Court in Ikeja has directed that a suspected internet fraudster, Ismaila Mustapha alias Mompha, be put in protective custody of the Economic and Financial Crimes Commission, EFCC, until his bail is determined in a new case against him and his company a Bureau de Change Company, Ismalob Global Investment Limited.

He was docked on Wednesday for allegations contrary to Section 8 of the Advance Fee fraud and other fraud related offences.

EFCC said the defendant was charged to court on an 8-counts information dated 3rd September, 2021 where it said investigations revealed a fraudulent transfer slip of $92,412,75 found in the suspect’s IPhone 8 device.

When the charge was read to him, he pleaded not guilty to the charge.

One of the charge reads: “Ismaila Mustapha, Ahmadu Muhammed now at large and Ismalob Global Investment Limited, sometimes in 2006 in Lagos within the jurisdiction of this Honourable court conspired among themselves to conduct financial transactions to the tune of  N5,998,884,653.18k with the intent of promoting a carrying on of specified unlawful activities obtained by false pretence.”

Another reads in part, “On about the 28th day of January 2019, in Lagos within the jurisdiction of this Honourable court with intent of promoting Olayinka Jimoh also known as Nappy Boy in the carrying on of unlawful activities, conducted financial transaction in the the aggregate sum of N32m, which some in part involves the proceeds of a specified unlawful activity to which obtaining money by false pretence.”

Subsequently, the lawyer to defendant, Mr. Gboyega Oyewole informed the court that he filed a bail application on January 7, 2022 and served the prosecutor only yesterday.

The EFCC Prosecutor, Rotimi Oyedepo acknowledged the receipt of the application and noted that he would react to it.

Mompha’s lawyer however pleaded with the prosecution to reply in good time.

Seeking understanding from the counsel as to whether the defendant is on administrative bail, his lawyer and the prosectution aligned on the fact of the matter that he is currently on bail.

CASEFILE gathered that Operatives of the agency from its Lagos command re-arrested Mompha on Monday.

The suspect is already standing trial alongside his company, Ismalob Global Investment Limited brought against him by the EFCC at the Federal High Court, Lagos, on an amended twenty two-count charge bordering on cyber fraud and money laundering to the tune of N32.9bn (Thirty-two Billion Nine Hundred Thousand Naira).

He has pleaded not guilty to the charges and has since been on bail. Mompha was earlier arrested on October 18, 2019 at the Nnamdi Azikiwe International Airport while boarding an Emirates Airline Flight to Dubai by the staff of the Nigeria Immigration Service, following a watch list by the EFCC.

Mompha is alleged to have used his registered companies to receive illicit funds on behalf of “yahoo yahoo” boys from across the world in return for commission.

The judge however ruled that the defendant be held in EFCC’s custody and adjourned the matter to January 18, 2022.