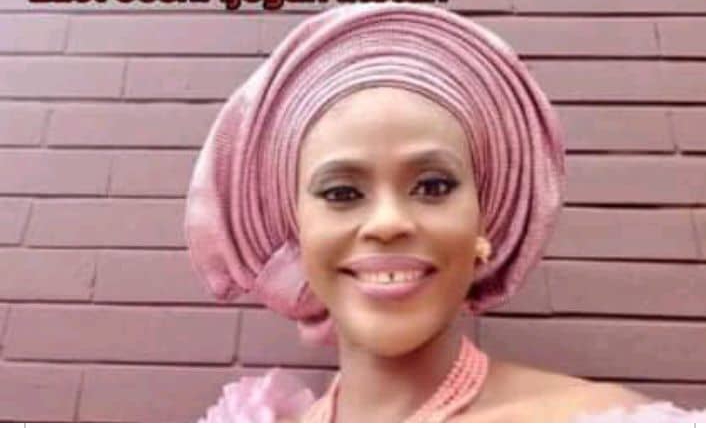 The family of 70-year-old Pa Henry Ekienabor is distressed over the disappearance of their 35 years old daughter, Mercy Henry, a mother of two.

The said missing mother, Mercy Henry according to Ekienabor was on her way to to Ijegun, a suburb of the Ikotun area of Lagos State on December 16th, 2021, and till date, she has not been seen.

Presently, Ekienabor and her family worry and fear, as the whereabouts of Mercy continues to be unknown. According to Ekienabor, not knowing whether Mercy was alive or dead was the most distressful for him and his family members. The old man, however, strongly believes that Mercy was being held captive somewhere.

Ekienabor said: “I feel frustrated and dejected because I have never experienced this type of situation in my life. It’s been almost a month now and mercy is nowhere to be found. We went round, called her friends and reported to the police. Police keep saying the investigation continues. We’ve gone to spiritual homes and we were told Mercy was being caged somewhere, but where? Nobody knows!”

Remembering how Mercy disappeared, he said: “On December 16th I got a call from my son that Mercy didn’t return home to sleep. She had told everyone she was going to Ijegun, but she didn’t mention the name of the person she was going to see. That same night, her siblings started calling all her friends, asking if they had heard or seen Mercy. One of her friends residing at Port Harcourt, named Ayo, said that she spoke with Mercy at noon time. She said that Mercy called, asking for a loan of N30, 000, that she needed it for treatment at a trado-medical home, that she was short of blood and getting leaner. Ayo told us that she paid the money into a First Bank account bearing the name, ‘Mayowa Timothy Bamidele,’ given to her by Mercy. The money landed in the account at 1:59pm and at 2:02pm, Mercy’s phone number stopped going. Since then, we’ve not been able to reach her.”

On the next day, the anxious family members raced to Gowon Police Station to make a formal complaint, declaring Mercy missing. With the information supplied by Ayo, the police went to First Bank and with the assistance of the Bank, Mayowa; the account holder that received the N30,000, was arrested.

Continuing, “Mr. Mayowa’s story has too many discrepancies. He claimed to have seen Mercy four years ago when she came to his traditional birth centre to deliver a baby girl. But his phone history and chats showed that he and Mercy spoke on December 15th about 9p.m. Now, if you call her phone it would be switched off, but at night it would ring twice or thrice, then it would be switched off. It shows that someone used to charge it. “On December 24th, we requested that the matter be transferred to the State Criminal Intelligence and Investigations Department, SCIID, Panti, Yaba.”

According to Ekienaborn, in the course of investigation, on the part of the police to get more facts about the matter, the police arrested Mercy’s estranged husband, but later allowed him to go after quizzing him.

Speaking further, he said: “Mercy is hard working; she’s a stylist and a makeup artist. Her children are constantly asking for her. We keep telling them their mom would soon be back. Mayowa said that he saw her four years ago, when she came to be delivered of her baby girl, but the police checked his phone and discovered that he chatted with Mercy, sent an address and she called him to confirm receiving it, before leaving home to Ijegun. Mayowa lives at Ijedodo Road, Ijegun. We’re crying out to Nigerians to help us to urge the police to tell Mayowa and cohorts to bring out Mercy.”

The Lagos State Police Public Relations Officer, PPRO, Mr. Adekunle Ajisebutu, while confirming the incident said: “The case is still under intensive investigation at the SCIID. The Commissioner of Police, Hakeem Odumosu, has directed detectives handling the case to intensify efforts to trace the whereabouts of the woman.

Meanwhile, a suspect has been arrested and is currently helping the Police detectives in their investigation.