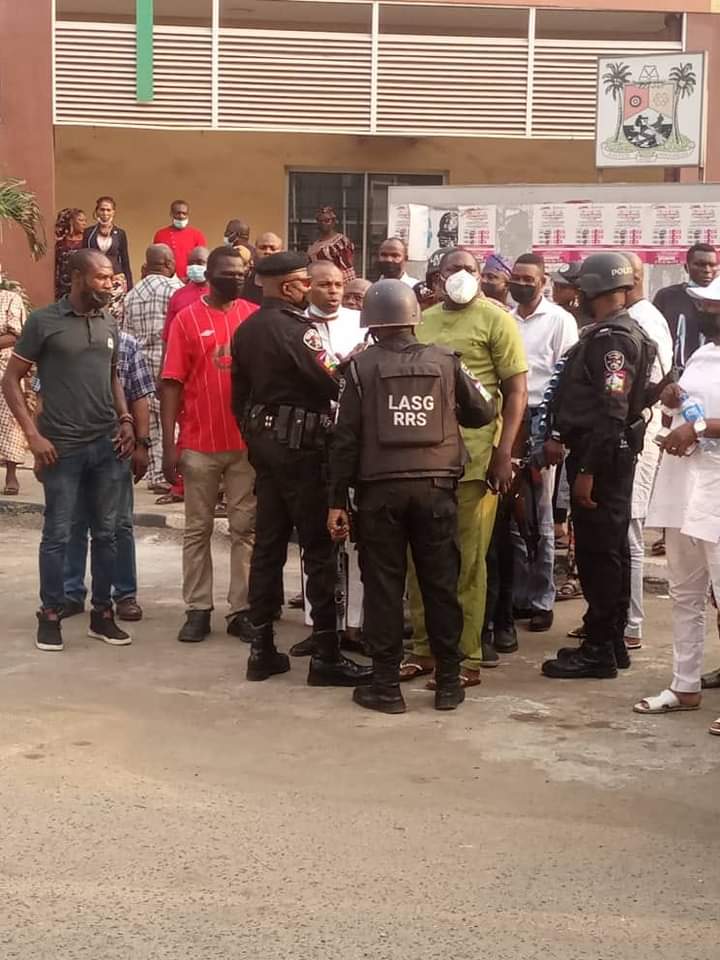 Following last week fracas at the Idumota area of Lagos, the Rapid Response Squad, RRS, led by its Commander, CSP. Olayinka Egbeyemi this evening arrested the two principal suspects in the constant clashes in Idumota and its environs.

The arrest was effected today at a meeting where the two National Union of Road Transport Workers, NURTW, members along with some other stakeholders converged.

The latest clash which occurred last week Thursday reportedly led to the death of a victim while commercial activities were paralysed in the area for some time until a joint team of police officers were deployed immediately to the area to restore peace.

It would be recalled that economic and soial activities were paralysed when streets urchins engaged themselves in clashes leading to loss of lives and causing severe bodily injuries to some.

Shortly after the incident the factions loyal to Kunle Poly and the State Chairman, Musiliu Ayinde Akinsanya, alias MC Oluomo engaged in a war of words adding blames over the incident.

It was gathered that the incident has to do with who collect fees from motorists in the area.