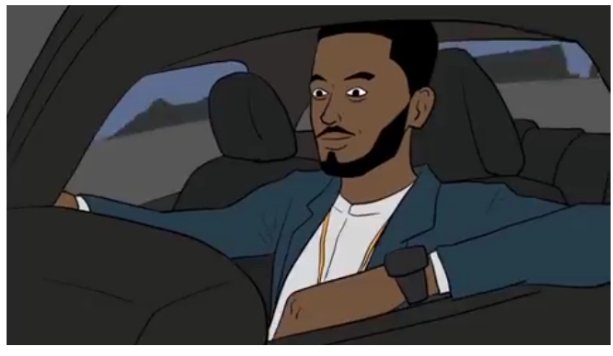 The Socio-Economic Rights and Accountability Project, SERAP, with the support of Luminate has decried the effect of corruption in Water, Health and Education sectors, saying the menace is plunging Nigerians further into poverty as well as impacting on People With Disabilities, PWDs.

The group is dissatisfied with the situation that is making the poor poorer on the heels of its research findings, with an indication that standard of living in the country is below standard.

The group on Tuesday also launched a mascot, with the acronym ‘WAHEED’, used in admonishing citizens to reject the corruption personified Nigerian that has sustained himself at the expense of Nigerians.

The name ‘WAHEED’ was coined from the Water, Health, and Education Sectors and it depicts the story of corruption in the sectors.

He hinged this view on the findings of a research by the group, headed by Mr. Mumuni Adetokunboh, the Director, SERAP.

Mr. Oluwadare explained on behalf of the group that the level of corruption in the Health, Education and Water sectors in Nigeria is very high.

Referencing its research, he said, “The research that we are speaking about today shows the effect of corruption in these three sectors is more profoundly felt by the poor, it’s something of a vicious cycle.

“Corruption makes the poor poorer. The poorer people also ensures corruption continues, because as we have seen poor people have little incentive as it were than to fight against corruption.”

“In fact, the research shows that poor people are now accepting substandard provision from the authorities.”

At the Town Hall Meeting on promoting citizens’ participation in the fight against corruption in the Health, Education and Water sector in Nigeria held at Raddison Blu Hotel, GRA, Ikeja, Lagos, on Tuesday, the group sensitised participants about the outcome of the research conducted, titled: The Ignored Pandemic: How Corruption In Thẹ Water, Health and Education Sectors is Plunging Nigerians Further into Poverty.”

The event also allowed people to contribute to the public discourse as to what they can do; to hold government accountable, even as they know about their rights and to let government know what the outcome of the researches are, to remind them of their duty/duty bearers and to get a feed back.

He stressed that PWDs are also bearing the brunt of corruption in the scheme of things.

He disclosed that the research also directed attention to PWD.

In an interview with CASEFILE, Oluwadare said, “The findings in the analysis of the people interviewed showed that PWDs also suffered much more profoundly in corruption in the Water, Health and Education sectors.

He acknowledged that there is a subdivision of PWDs in the research.

He attributed the reasons for the poverty in the strata thus, “They do not necessary have the voice and means to fight for themselves. So, if you are to categorise the vulnerable within the context of government interventions, you would mention the poor, in some instances, you can mention women and children, the uneducated and then the PWDs will also be a part, not because of what they are but the nature of the environment and the lack of government incentive for them and it is disheartening that even poor Nigerians may think that People Living With Disabilities are less affected and not more affected than they are.”

Dr. Elijah Okebukola lead researcher, in his virtual public presentation of the reaserch findings stressed that there should be transparency and accountability ìn all intervention programme.

He also advocated for a strong justice system for the country.

“Where you have a justice system that is weak ìn the fight against corruption, corruption will continue growing.

“Until the Judiciary is strengthened, you cannot fight the monster called corruption.”

The legal practitioner blamed the Police, judges, ICPC, EFCC for entrenching corruption noting that they have not done enough to rid the country of corruption.

Dr. Okebukola whose presentation was drawn from the report of a survey conducted by SERAP disclosed that the organisation interviewed 2,567 respondents ìn selected towns across the six geo-political zones of the country.

He said the study showed that corruption was “adding insult to thẹ injury of Nigerians”.

He noted that not less than 56 million Nigerians are living ìn poverty and that corruption has further plunged Nigerians especially the poor further into poverty.

Earlier, Mr. Adeyemi Adebayo who represented the Lagos State Commissioner for Education, Mrs. Folashade Adefisayo, ìn a goodwill message, remarked that everybody has a role to play and contribution to make ìn the fight against corruption.

“Therefore we all have the right to contribute even to the progress of our nation.

A gathering like this will give us the opportunity to know what those in power are doing right and doing wrong. Their decision and good actions are not reserved for those in power alone.”

Mr. Kabir Elelu, representative of the Independent Corrupt Practice Commission, ICPC, Chairman, Bolaji Owasanye also in his goodwill message noted that SERAP has been partnering with ICPC in the fight against corruption and stressed the fact that the partnership is well appreciated.
We all know that corruption is high in the country and it takes everybody and means to tackle it.

“SERAP has been trying in this cause and I hope they will do more. “The ICPC has been at the fore front in the fight against corruption too. We urge citizens to report to ICPC so that values will be gotten for the money the FG is spending,” he said.

Mrs. Adefowoke Ayoponle, Secretary Federation of International Women Lawyers, FIDA, Lagos said her organisation has been partnering with SERAP on a lot of issues.

She said the fight against corruption is a collective responsibility.

She said that is why FIDA is present at the event to show that it is ìn partnership with SERAP in the fight against corruption.

Adebanjo said: “Corruption undermine the rules of law in democracy. As we all know, no one wants to do business in Nigeria because of the issue of corruption. “However, we have a strong partnership with Nigeria to tackle corruption and this strengthens the relationship between the UK and Nigeria.”

“It is to speak and educate those who are seated here in being careful in the choice of those they will be electing to rule us.

The high point of the meeting was the inauguration of students into offices for SERAP Accountability Club, SAC, to promote transparency and accountability in the health, education and water sectors in two higher schools of learning in Lagos State.