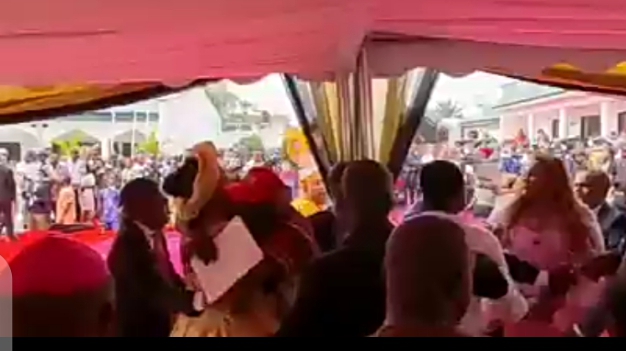 It is not clear who started the fight, but is clear that there was a royal rumble at the inauguration of the new Executive Governor of Anambra State, Charles Chukuwma Soludo.

The combatants are wives of two political heavy weights in the State, Late Odumegwu Ojukwu’s widow, Bianca and wife of the immediate former Governor, Willie Obiano.

The confusion almost marred the inaguration after the exchange of slaps.

Dignitaries rushed to the scene to placate the warrings parties.

Although no one can explain what led to the royal rumble, some are already blaming Obiano’s wife for the incident.

They pointed out her dressing and the fact that she came late for the event as a pointer to her undoing.