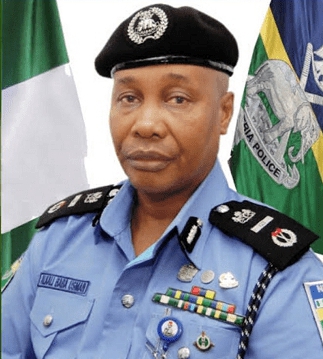 Some residents of Ogudu in Kosofe council area of Lagos State, has cried out to State Governor, Babajide Sanwo-Olu, and Inspector General of Police, Usman Alkali Baba, to rescue and protect helpless Lagos residents from illegal activities of land grabbers.

Their appeal was contained in the petition written to the State Governor and the the Police High Command seeking protection of lives and properties as enshrined in the 1999 Constitution.

The residents of Ogudu along Ibadan-Oworonsoki Expressway at Muslim Praying Ground who had Certificate of Occupancy, C-of-O, obtained from the state government after purchasing their land from the Fashola Chieftaincy family in Ogudu have been facing series of invasion from one Bisiriyu Ajibola, an alleged land grabber.

In their petition addressed to the Governor and the IGP, through Barrister Gabriel Olumide Ibiwoye, the landlords were said to have sometimes in 2010 bought some parcel of land at Ogudu along Ibadan- Oworonsoki Expressway from the Fashola Chieftaincy family Ogudu.

Upon the purchase of the land, the said Fashola family, executed a Deed of Assignment for all the landlords in respect of the said parcel of land after the necessary consideration was paid.

Following that, the landlords immediately takes possession and they built a perimeter fence round their parcel of land and thereafter processed and obtained a Certificate of Occupancy at the Lagos State Lands Registry.

Barrister Ibiwoye, stated that the Certificate of Occupancy issued by the Lagos State Government in respect to the Deed of Assignment obtained from the Fashola Family is registered as No. 56 in page 56 of Volume 2003″ of lands Registry, Lagos.

The landlords worry at the manner which the case is being handle by the state Ministry of Justice who is supposed to be protector of law after writing and furnishing the Ministry with relevant legal documents to affirm ownership.

In the said letter of response acknowledging the receipt of the landlords’ petition to Ministry of Justice received by Komolafe Olanrewaju on behalf of the State Attorney General and Commissioner for Justice on May 21st, 2021 with tag no: LJ/DASS/10597, the landlords said they are yet to get state intervention to protect their lives and properties.

According to the Spokesperson of the landlords, Wale Oyekoya, they are in shock at the magnitudes of the malicious damage done to their properties and structures on the land by Bisiriyu Ajibola who even with impunity threatened to mercilessly deal with any of the landlords who tries to challenge in respect of his illegal acts on the referred land despite their several petitions in the past.

Mr. Oyekoya said that the delay in getting justice affirms Bisiriyu Ajibola comments.

However, when Mr. Ajibola Bisiriyu was contacted, he said that there was no truth in the claim.