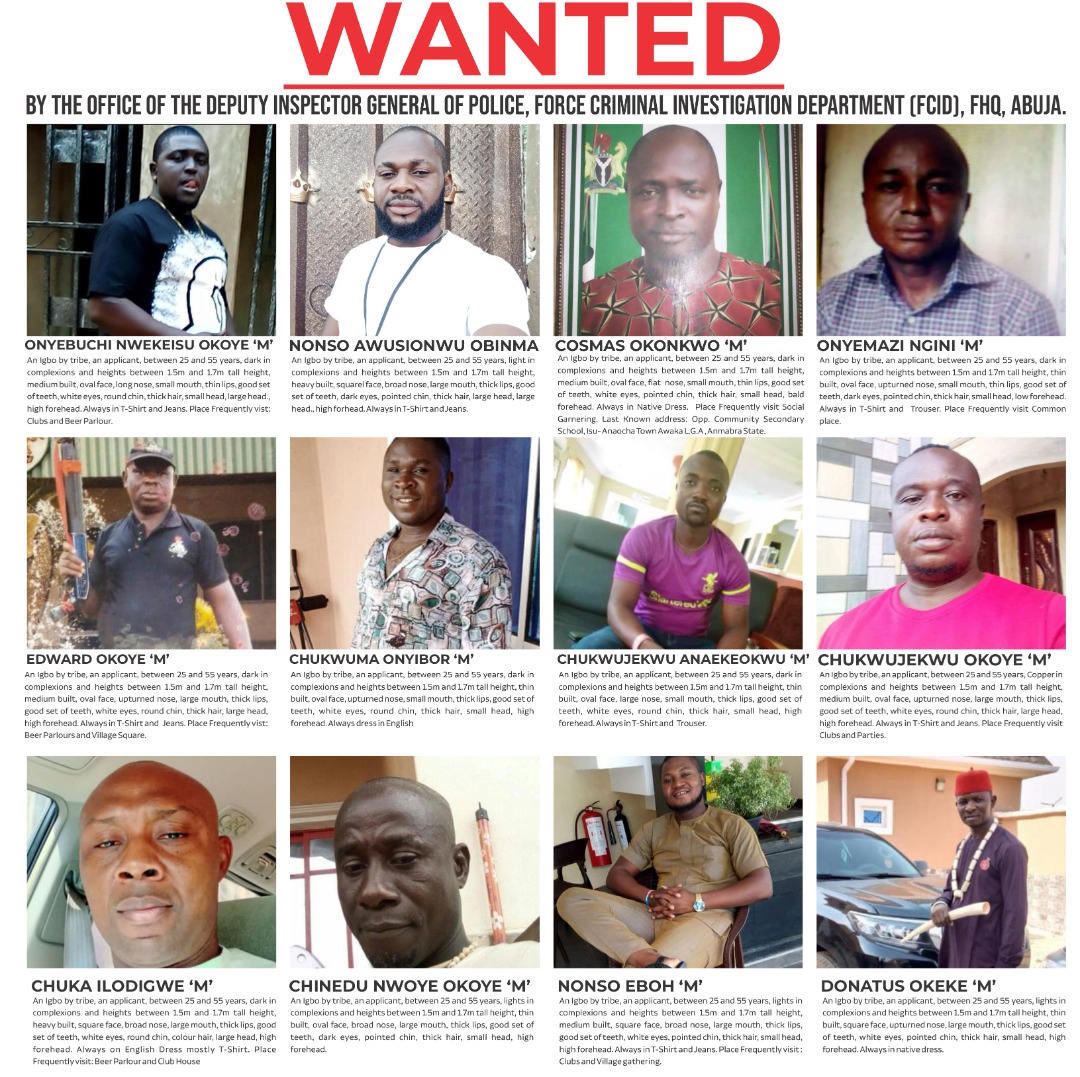 CASEFILE gathered that the Police had earlier secured a court order to declare wanted the suspects, who are all male of Igbo extraction with ages ranging from 25 to 55 years old, natives of Isu-Aniocha, Awka North Local Government Area of Anambra State with heights between 1.5m to 1.7m.

Edward Okoye, had in conjunction with others shot two men dead – one Ifeanyi Anazoba (aka Ichafu) and one Chukwuebuka Amodo (aka Mutum) at a burial function in Umuzuocha Town Hall, Awka South of Anambra State on 19th January, 2019, beheaded them and burnt their bodies beyond recognition; kidnapped two others, and vandalised two properties valued at over N1.2 billion.

The suspects are said to have  equally attacked and brutalised some mobile police officers detailed to restore calm to the community.

The Police High Command therefore urges all well-meaning members of the general public to assist the police with useful information which would facilitate their arrest and ensure they are brought to justice.

It pledges that justice would not just be done in the matter, but would be seen by all parties in the matter, to have been done as the police will leave no stone unturned in unraveling the ugly and criminal incident.