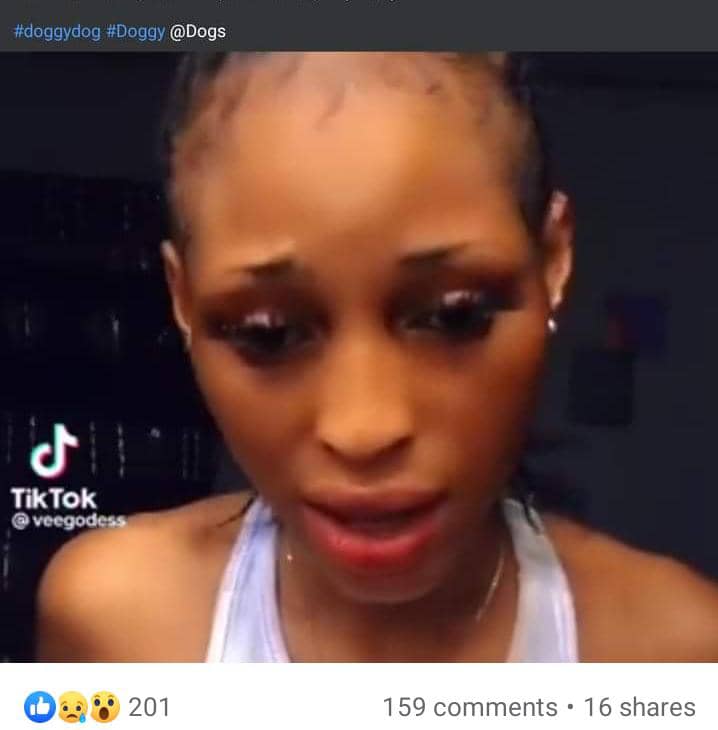 Following a recent claim by a lady in a viral TikTok video that she had sex with a dog for N1.5 million, the Nigeria Police has launched a manhunt for her.

Recently, a slim, light-skinned lady with TikTok user ID @Veegodess trended for hours on social media after saying there was no big deal about what she did.

But the police spokesperson described the development as absurd, with the assurance that the police are already on the trail of the suspect, he added that posting bestial-natured videos online won’t be tolerated.
He also called on the public to assist the authorities with useful information that could lead to the arrest of the lady.

“I really want us to take necessary action on these ladies that are involved in unnatural offences and post the same online. We want to urge you to give us any useful information on how to get them. We need to fish them out. She will be questioned whether joking or not,” the FPRO said.

The Criminal Code Act and the Penal Code Act criminalise sleeping with an animal and the act attracts 14 years imprisonment in Nigeria, CASEFILE can report.