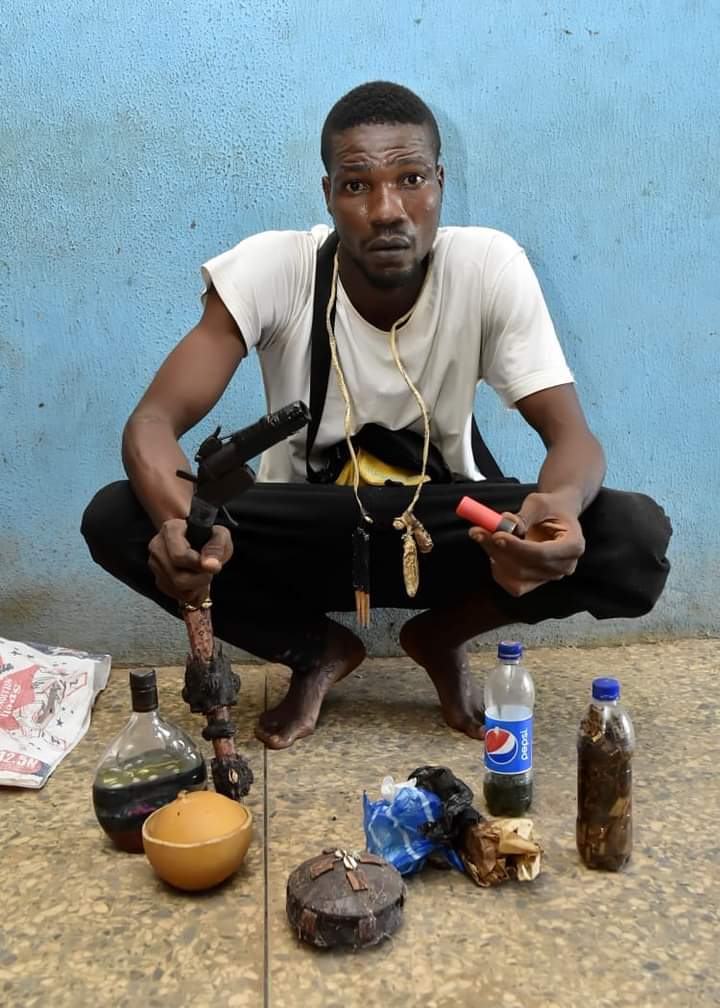 A suspected cultist, Rotimi Adeniyi alias Paracetamol who had been placed on Police list of wanted persons for his role in numerous cult clashes in Ogun State has been nabbed.

His arrest came on the heels of terror activities that characterised the spilling of blood in which many lives were lost in clashes within the state.

According to Ogun State Police Public Relations Officer, DSP Abimbola Oyeyemi,  Rotimi, an infamous leader of the “Eiye” Confraternity, with his base in Ifo, often besieged the state capital, Abeokuta, wrecked havocs and, thereafter, took cover in Ifo, unknown to him that surveillance had been placed on him.

The suspect was said not to have spared his base in Ifo in the terror acts.

Police intelligence has fished him out of his hiding at Ifo on Saturday, April 30, 2022.

The Ogun State Police Command, through its Spokesperson said, “Acting on credible intelligence, the CSP Olanrewaju Kalejaye-led SWAT, stormed his place at about 1:30 a.m on Saturday 30th of April 2022, where he was apprehended.”

During his arrest, a cut-to-size- locally made pistol, one live cartridge, assorted criminal charms, weed suspected to be Indian hemp and a cutlass, were recovered.

The Police boss in the state, Commissioner of Police Lanre Bankole, has, however, ordered a full scale investigation into his antecedent, with a view to arraigning him in court as soon as possible.