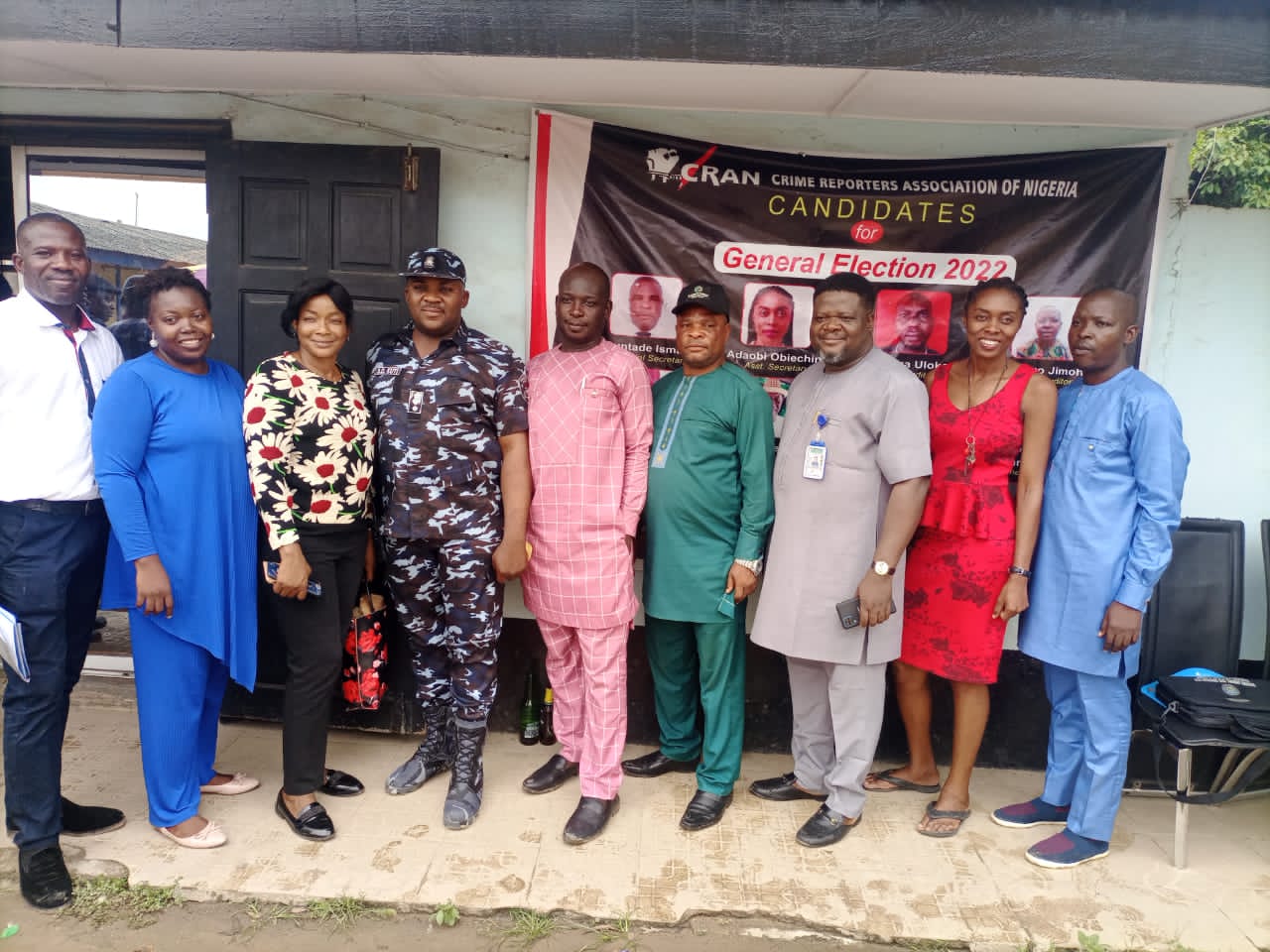 The Crime Reporters Association of Nigeria, CRAN, has elected new executive officers who will drive the affairs of the association for the next three years.

The elected new officers, who were sworn in on Friday at the association’s Mike Okiro Press Centre, Oduduwa, Ikeja Lagos, are Olalekan Olabulo of The Tribune as President, Evelyn Usman of Vanguard Media as Vice President and Chiemelie Ezeobi of This Day as Treasurer (Unopposed).

Other elected officers are Adeniran Odufayo of the Radio Nigeria as General Secretary, Adaobi Maureen Obiechina of the Nigerian Television Authourity as Assistant Secretary, Taiwo Jimoh of the New Telegraph as the Public Relations Officer/Auditor while Ismaila Oguntade of Leadership as Financial Secretary, also unopposed.

The swearing in and oath taking was conducted by a legal practitioner, Barrister Yinka Sanni who used the opportunity to admonished the newly elected officers to at all time uphold and defend the Constitution of the Association and perform their duties with integrity.