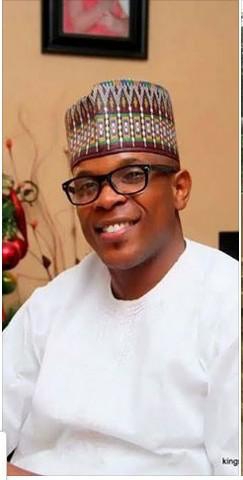 Part of the charge states: “Babatunde Olaogun (a.k.a. Unveiling Royalty Enterprises, Tunde Olaogun), Jydining Global Limited and Rasheed Ajayi (still at large) on or about the 24th day of January, 2014 in Lagos within the Ikeja Judicial Division with intent to defraud obtained the sum of N14,800.000 (Fourteen Million, Eight Hundred Thousand Naira) from Red Oak Trust and Investment Limited by false representation to Red Oak Trust and Investment Limited that the money was the cost of contract awarded to Unveiling Royalty Enterprises by Hyundai Heavy industries Nigeria Limited which representation you knew was false.

Additionally, “Babatunde Olaogun (a.k.a. Unveiling Royalty Enterprises, Tunde Olaogun), Jydinng Global Limited and Rasheed Ajayi (still at large) on or about the 23rd day of March, 2015 in Lagos within the Ikeja Judicial Division knowingly forged the Hyundai Heavy industries Co. Nigeria Limited letter dated March, 23rd, 2015 addressed to the Managing Director of Redoak Trust and Investment Limited Captioned “Re: supply of items for the DSO offshore project” signed by one Ademolo Orenuga and purported the said letter to have emanated from Hyundai Heavy Industries Co. Nigeria Limited.

When the suspect was re-arrested and brought to court on Wednesday, Bilikisu Buhari announced appearance for the Economic and Financial Crimes Commission, EFCC, and informed the court that the commission was able to bring him to court after re-arresting him.

Responding, the judge frowned at the defendant’s abscondment.

In a short ruling, Justice Solebo said, “The bail of the defendant is hereby revoked.”

She frowned at the delay that has greeted his trial in a matter before her court.

The defendant, according to the judge is also facing two other charges, outside her court, one of these, in Abuja.

She expressed displeasure over the way the defendant left his wife in distress, who stood as one of his sureties, when he jumped bail.

In her words, “I don’t want her to suffer, should I take away the wife away from his child, will it be fair to them, and of course, the elderly mother was also in court!

“Is it really a crime to marry a husband who is not being truthful, who is deceitful, who is fraudulent, lacking training?”

“There was a time he came to my court, saying he has chicken pox or measles, and that’s the first time I would see anybody in this Lagos with chicken pox coloured in black. What I know, is that, white Calamine lotion, but he was looking like all those herbalists.

“How many times, have I issued bench warrants, she retorted, but the defendant denied her outburst.

“My records will bear witness, there was a time I had to speak with my officers one-on-one, and the counsel, that if you are sure about this things let’s begin to conclude the trial, we can’t be in and out of court.”

The 37-year-old, Babatunde, popularly called ‘Evil Genius’, was earlier arrested for allegedly using fake bank alert to defraud a Nigerian of N5million and another N4.6 million for the purchase of laptop computers.

He was arrested by the Operatives of the Intelligence Response Team, IRT, of the Force Intelligence Bureau, FIB, of the Nigeria Police Force in this instance.

The defendant is said to be an expert in generating fake bank credit alert and uses to defraud traders and others.