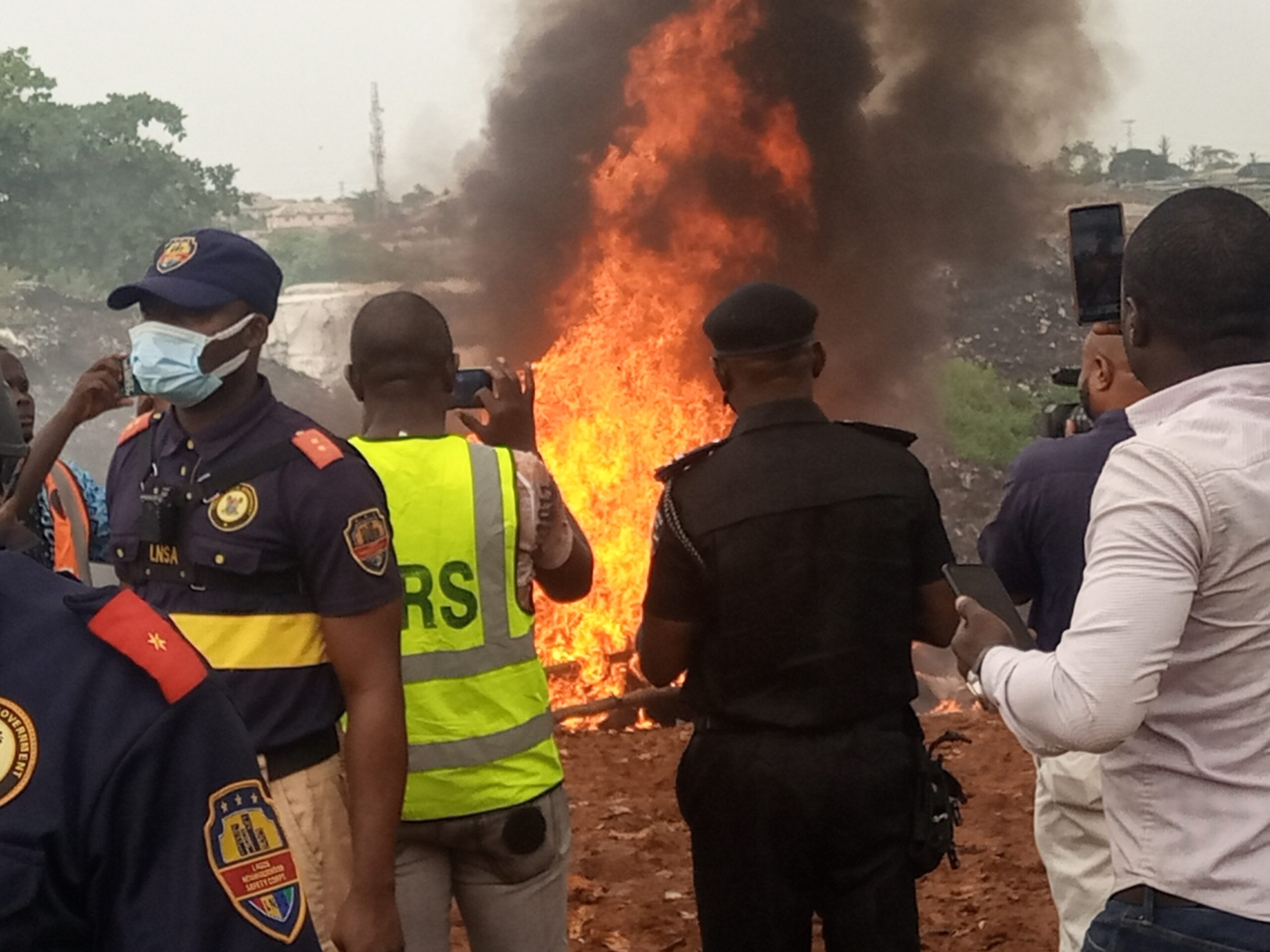 The Lagos State Police Command on Tuesday destroyed over N10 million worth of illicit drugs.

Leading the exercise was newly promoted CP Ahmed Kotangora, in the company of other government agencies.

The destruction took place at a dump site in Ewu-Elepe, a surbub in Ikorodu area of Lagos State.

According to the Police, the exercise is in compliance with a court order to destroy hard drugs recovered in the State by men of Rapid Response Squad in the last one month.

CASEFILE gathered that the illegal substances were Indian Hemp, Cannabis, and other hard drugs.

Speaking to newsmen, shortly after setting the substance ablaze, CP Kotangora said about 4000 wraps of drugs were publicly destroyed.